It's no wonder our high streets are closing down, writes Prem Sikka. 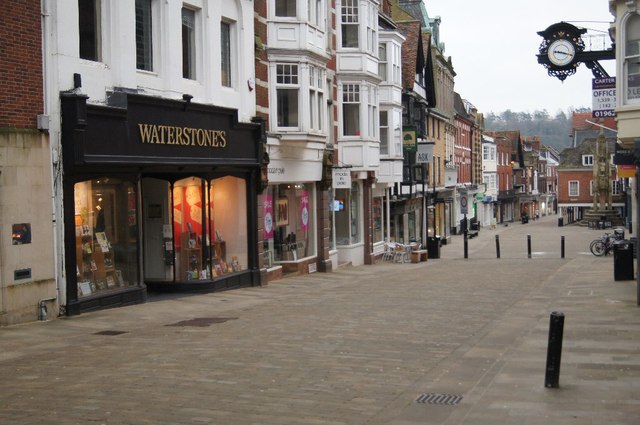 Brighton will no doubt look lively for Labour conference. But in much of the country town centres are experiencing a net loss of shops and the trend is accelerating.

Many town centres have become economic deserts with loss of jobs and economic vitality. Various investigations, such as the Mary Portas Review and the Bill Grimsey Review identify internet shopping, high rents and business rates as key factors in the demise of town centres.

However, the shop closure rate across the country is uneven with comparatively poorer areas losing more shops. Shops catering for the rich are doing better than those catering for the middle and working classes. Such differences require consideration of government economic policies.

Thriving town centres rely on purchasing power of the masses, but government policies have eroded that. Austerity, anti-trade union laws and loss of the bargaining power of workers’ has reduced their share of gross domestic product (GDP) from 65.1% in 1976 to 49.4% at the end of 2017. In 2018, the average income of the poorest fifth of the population after inflation contracted by 1.6%, while the average income of the richest fifth rose by 4.7%.

Due to low wages, many people are unable to buy their own home and have to rent. The total rent paid by tenants soared to more than £50bn in 2017, more than double the level of a decade ago. Take home pay has not doubled over the same period. Rising rents take a significant chunk out of people’s wages, leaving little for many other things.

Rising rents, wage freezes and price rises have made it harder for many people to make ends meet. The National Audit Office has reported that up to 8.3 million people in the UK are unable to pay off debts or household bills. At the end of June 2019, UK household debt stood at record £1,642 billion. Such level of debt is translated into fewer visits to retail shops, cafes, pubs, restaurants and other places.

Senior citizens also command low purchasing power even though their expenditure on everyday things is likely to have a greater multiplier effect. The retirees typically live on state pension and benefits supplemented by private pension and personal savings. The erosion of workers’ share of GDP has reduced people’s capacity to save and for many the state pension is a significant means of income.

A typical British worker at retirement receives state pension and other benefits worth around 29% of average earnings compared with an average of 63% in other major industrialised economies. The proportion of elderly people living in severe poverty in the UK is five times what it was in 1986.

Local authorities are expected to stimulate local economies but their budgets are down by 26% in real terms compared to 2010, mainly due to cuts in funding imposed by the Conservative government. In the face of savage cuts, business rates are a lifeline to most local authorities.

This year, local authorities are expected to raise around £31.3bn from business rates. This affects town centre shops more than the likes of Amazon who operate from elsewhere.

In 2018, the business rates bill for Amazon for its entire UK operation was £63.4m which is less than the combined total of £65.3m for just seven shops operating from central London. Unsurprisingly, many retailers are unhappy about business rates. However, the issues cannot be addressed without a significant change in central government policies.

Local retailers also operate on disadvantageous terms compared to online companies, such as Amazon and eBay. These giants are able to hire accountants and lawyers to create complex corporate structures, shift profits to low/no tax jurisdictions and avoid UK taxes. The resulting higher cash flow gives them an unfair competitive edge over local brick-and-mortar shops. The government has failed to adequately check organised tax avoidance. Local authorities cannot do anything about it.

In addition, many local authorities are not in a position to do much about soaring rents. If they own shopping space, they need the cash – if they don’t, property companies are pushed by shareholders to increase profits which is translated into higher shop rents.

In order to rejuvenate town centres, the government needs to enhance the purchasing power of the people. This requires increase in wages and pensions; changes to trade union laws, workers’ bargaining power, taxation policies, local authority funding; resolve to control high rents, tackle tax avoidance and much more. In the middle of conference season, all parties need to be thinking about this.