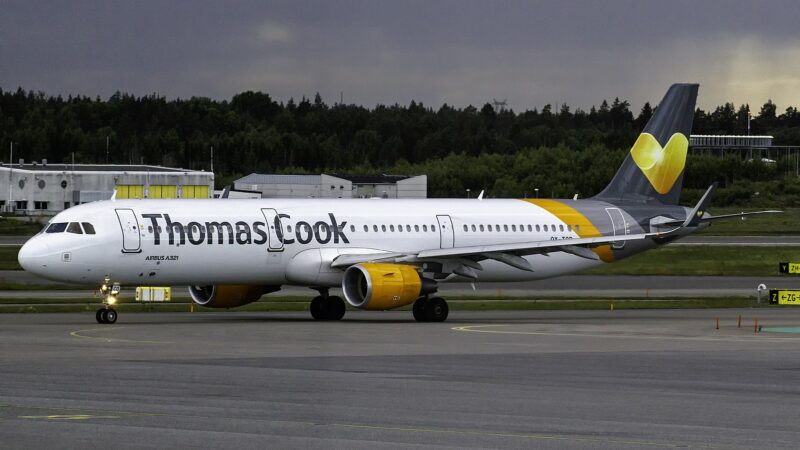 The House of Commons Business, Energy and Industrial Strategy Committee is to investigate the collapse of Thomas Cook. For good reasons, it will be examining the recurring failures in corporate governance, accounting, auditing and regulation.

Thomas Cook has been in a precarious financial position for the last decade. It has had to rely upon emergency loans and refinancing packages, though it secured £425m from a rights issue in 2013. Meanwhile, the gravy train for directors has continued – they extracted £47m in pay and perks in the years before the company’s collapse. Its part-time non-executive directors collected between £60,000 and £106,000 in 2018. The non-executive chairman raked in £307,000. Such riches are hardly justified by the company’s performance.

The result? Some 9,000 UK jobs are lost. Supply chain creditors, customers and HMRC will be the biggest losers from the liquidation.

Thomas Cook’s accounts have been a mish-mash of the so-called “exceptional” or what the company preferred to call “one-off” costs. They reduced the 2018 ‘profit from operations’ by £153m (£99m, 2017). The labelling of some costs as ‘exceptional’ enabled the company to bury the bad news which makes it very difficult for external parties to assess the company’s performance.

Poor accounting of ‘goodwill’ was a factor in the demise of Carillion, and is a factor for Thomas Cook as well. In accounting, goodwill is the difference between the price paid for an acquisition and its net assets. The difference may represent intangible advantages or the ability to earn superior returns.

The 2018 accounts showed goodwill at £2,585m (£2,227m, 2017). Most of it arose from the 2007 merger with MyTravel. However, Thomas Cook had been in financial difficulties, and that did not justify the balance sheet value of goodwill.

Instead, the accounting standards issued by the Financial Reporting Council (FRC) enable companies to construct models and they can show goodwill in their balance sheets almost indefinitely. Thomas Cook did this until September 2018. After the November 2018 profit warning, Thomas Cook’s interim accounts to 31 March 2019 reduced the value of its goodwill by £1,104m.

For the period 2008 to 2016, Thomas Cook accounts was audited by PricewaterhouseCoopers (PwC) . The same firm also audited BHS when its audit partner spent two hours on the audit and 31 hours doing consultancy. At Thomas Cook, PwC collected £3m for audit and another £1m for consultancy for 2015 and 2016.

Providing both services necessarily compromises auditor independence. Whatever the causes, despite its precarious financial position, Thomas Cook continued to receive a clean bill of health.

Ernst & Young became auditors in 2017. In 2018, the firm collected £3m for audit and £1m for consultancy. Its audit report merely amplified the going concern and other uncertainties identified by directors.

The FRC says that only 65% of the audits performed by PwC are satisfactory, but there have been no reforms. And despite common scandals, there is no public information about the time that auditors spent on the job, composition of the audit team, questions asked by the auditors, managerial responses or anything else.

Regulators: asleep at the cockpit?

In 2017, Monarch Airlines collapsed and the government repatriated thousands of stranded passengers. No procedures appear to have been introduced since to ensure that the sudden demise of an airline does not lead to chaos. No regulator monitors the financial position of airlines to ensure that they have adequate capital to meet their contractual obligations, partly as the UK lacks a central enforcer of company law.

In a fragmented regulatory environment, the FRC is considering launching an investigation into the accounts of Thomas Cook…but don’t hold your breath. Its report on the audit failures at Carillion, which collapsed in January 2018, is yet to appear. The FRC itself is arguably culpable as its rules permit companies to engage in dubious accounting practices.

Business Secretary Andrea Leadsom has urged the Insolvency Service to prioritise investigation of the collapse of Thomas Cook, but again, don’t expect an outcome soon. We are still awaiting reports on the collapse of Carillion and BHS.

The company had the usual collection of hand-picked non-executive directors, audit committees, remuneration committees, external auditors and sundry advisers, and none had the independence to deal with fat-cattery, risks or financial engineering. Such issues were raised by the 2007-08 banking crash, the demise of BHS, Carillion. Patisserie Valerie and others, but have not been addressed.