Celebrate the rule of law - we may need more of it in coming days. 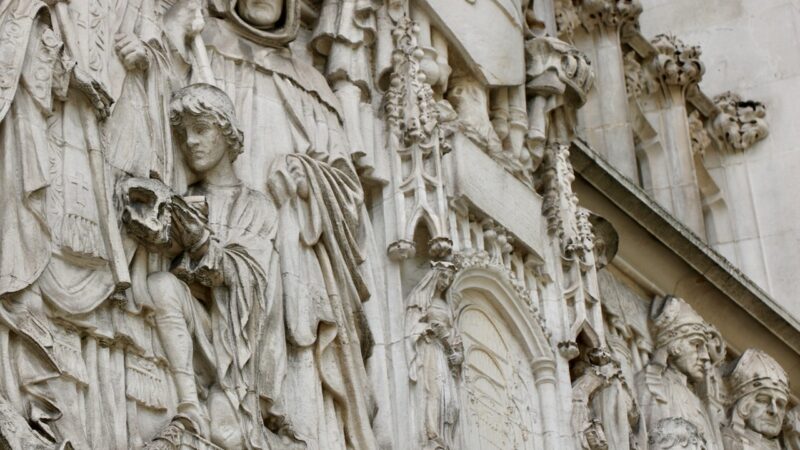 Full marks to the British people: quick surveys yesterday showed strong support for the decision of the Supreme Court to reverse Boris Johnson’s suspension of parliament.

I suspect the advocates’ arguments that our current informal conventions do nothing to stop a prime minister winning an election and then declaring a five-year prorogation of parliament struck home.

But of course acidic, dangerous anti-judge poison is pouring out from the rightwing media – fed by the like of that great champion of the common people Jacob Rees-Mogg calling the ruling a “constitutional coup”. And it is running riot in the wilder reaches of social media.

The judges themselves, as respected commentator David Allen Green in the Financial Times reported, had done everything possible to not leave obvious points of attack. This was a unanimous verdict from the largest possible body of the court (not enough has been made of either of those points).

It was expressed in the clearest, simplest, least open to interpretation language you could imagine in a legal document. It didn’t pull its punches, but didn’t indulge in rhetoric. It was forensic, clear, damning.

There was no figleaf of precedent for the judges – that great common comfort of lawyers – because the actions of the Prime Minister were unprecedented, the sheer bald effrontery of claiming that the suspension of parliament was not an attempt to thwart the will of elected members, drawing straight from the Trump playbook of “alternative facts”.

Yet our Prime Minister has not changed his tactics. He’s in a situation that not many years ago would have been seen as a clear, unquestionable resigning matter, yet he’s continuing on like this is a minor hiccup – coming back for today’s parliamentary sitting, sure, but still bumbling, joking and citing Classical myths to bemused international audiences.

Michael Gove, asked on the Today programme, if he thought his boss had done something wrong, responded: “I don’t believe so.”

Then there’s the “minor” matter of Boris Johnson’s relationship with the entrepreneur Jennifer Ancuri, more questionable spending from his past to add to the garden bridge and the huge waste of the “Boris buses”.

Meanwhile in the US our Prime Minister has just left, his ally and mentor Donald Trump faces impeachment, for allegedly seeking to blackmail a foreign power to strike against a domestic rival.

And Australian Prime Minister Scott Morrison has broken diplomatic protocol to express, in barely coded language, his support for Trump.

We have in power in the Anglosphere three very dangerous men, allied in rhetoric, tactics and intent – to maintain and enhance the power of the few under the cover of populist rhetoric.

It is a good time to state it loudly and clearly – we believe in the rule of law. And we need to institute it in the UK with our constitution.

We’ve been ruled in the UK for many centuries by “convention” – the assumption that unwritten rules will just be followed by “good chaps” – so there’s no need to write down what they are.

That’s clearly failed and broken down.

I lived in Thailand for five years. I know what it is like to be in a country where there is no trust in the rule of law, where it was seen to be at best a thin fiction.

Accompanying that was many ills – and above all a situation where money could buy you very nearly anything – including help you get away with murder or ecocide.

The rule of law is not guaranteed, even in places where it is seen as a given. It’s clearly being defied at the highest levels, against parliament and individuals, as again and again this government’s Hostile Environment has been exposed as acting illegally.

It’s beholden on all of us to defend it, and to also deliver change, to ensure that there’s a democratic system of governance – the truly representative, functional democracy that the UK has never had.

That would mean much less need to recourse to law to defend against the misuse of the power of the state, whether it is being used against parliament, communities or individuals. We can celebrate the importance of what the judges have just done, while wishing we needed to rely on them much less.

Natalie Bennett is former leader of the Green Party and soon to be a Green peer. She is a Contributing Editor for Left Foot Forward.

8 Responses to “Demagogues like Johnson are putting the rule of law under threat. We have to fight to defend it”