Using the phrase 'when did you stop beating your wife' after prorogation stymied the domestic violence bill...just isn't a good look, is it? 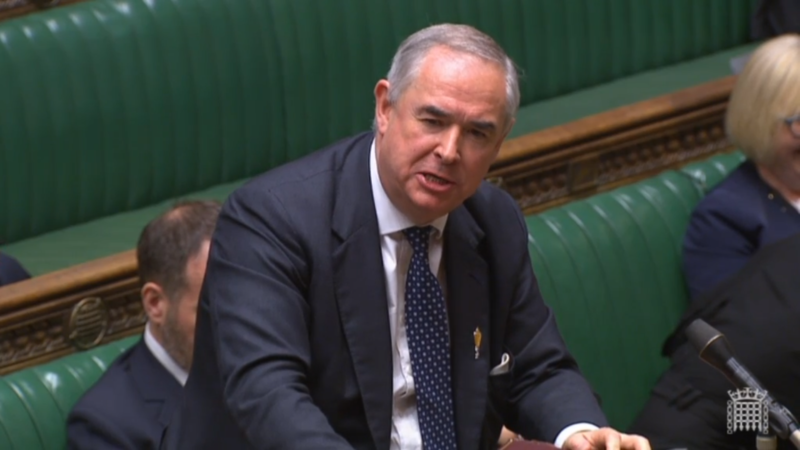 The Attorney General Geoffrey Cox QC has come under fire after comparing an MP’s question to asking ‘when did you stop beating your wife?’…after prorogation stymied the chances of the Domestic Violence Bill.

The tin-eared comment came amid an extraordinary debate, which saw the QC reel off tirades at a ‘dead Parliament’, after MPs challenged him on the (now overruled) parliamentary shut-down.

The Attorney General was forced to apologise after Labour’s Emma Hardy challenged him in a point of order.

She said: “Part of the reason people are so upset about prorogation is that the domestic violence bill has fallen….Mr Speaker can I seek advice on how the attorney general can seek to moderate his language and not make jokes about domestic violence.”

Mr Cox responded: “Let me say if I’ve given offence, I didn’t mean to…it’s an old saying at the Bar which simply relates to a cross-examination technique of asking a question which assumes the premise.”

But his assertion that it was simply ‘Bar’ chat was met with shouts of ‘disgusting’ on the opposition benches.

“Let me say if I’ve given offence, I didn’t mean to”

Attorney General Geoffrey Cox apologises to Labour’s Emma Hardy, who criticises him for using the phrase “when did you last stop beating your wife?”https://t.co/HmSdXmVh5m pic.twitter.com/c8sjRvxWfo

Speaker Bercow subtly chided the Attorney General: “This is a matter of extreme sensitivity. What I would say is that it’s incredibly important we are sensitive to the wider implications and interpretation of what we say.

“Language is important and the attorney general knows this all too well…This phrase should never be used – especially as 2 women are killed every week by a partner or former partner – and the domestic abuse bill is still not scheduled to be heard.

“Apologising whilst not apologising is more so offensive because it’s effectively saying: ‘I don’t care if you’re offended’.”

Sophie Walker, CEO of the Young Women’s Trust and former Women’s Equality Party leader, added on Twitter: “Geoffrey Cox…jokes about a ‘when did you stop beating your wife’ question. Domestic violence killings are at 5 yr high. 1 woman in 4 experiences DV. Young women are giving up on politicians. Does he even wonder why?”

Bercow – who is soon to step down – had to call for calm during the debate, with Cox sounding like a rattled demagogue after the government’s Supreme Court defeat. Cox of course insisted that the government had acted in good faith and hadn’t deliberately misled the Queen. We’ll let you take a view on that one….