Disabled people have made some gains - but they are under threat, writes journalist Peter Apps. 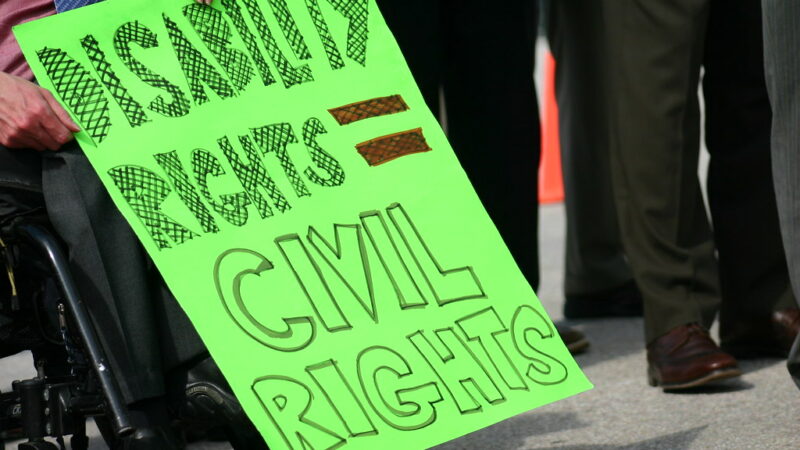 It took only a few months from the 2016 Brexit referendum for it to hit my day-to-day life managing my disability.

The care agency was apologetic, said a slump in the arrival of new European workers meant they were unable to provide cover after another staff member became ill.

I managed to make other last-minute arrangements, finding and hiring another temporary personal assistant. But it was an early sign of how Britain’s most vulnerable would become amongst the greatest losers of Boris Johnson’s increasingly chaotic Brexit.

That shouldn’t be a surprise. Britain’s disabled in 2019 face a dark paradox. On one side, advances in medicine and technology – like the voice recognition software used to write this – open society in a way never seen before. So does gradually improving disabled access, But alongside this positive change, many of the most vulnerable are losing the resources they need to stay alive and independent.

Brexit will make it worse, particularly a catastrophic no deal. As a journalist, mainly for Reuters news agency, I’ve covered the world my entire adult life. I’ve never seen those with democratic power so careless of its consequences, both in Britain and abroad.

Britain’s growing social care problems have been ignored for years, but extraordinarily exacerbated by austerity. Hard-pressed local councils have had 7.7 billion pounds from stripped from central government care funding across the country since 2010, with a further 700 million for 2019-20.

In June, the Association of Directors of Adult Social Care warned of a crisis, with services likely to be further stripped from those who need them. That’s even without Brexit – which as well as hitting the care workforce, will slash tax revenues and may disrupt medical supplies.

I broke my neck in 2006, arguably when the welfare state was the most generous it would ever get. It still took a brutal, multi-month battle to get access to those resources, out of hospital and back to work. Without a large financial compensation package from my employer – won by my trade union solicitor – I would have been put in a nursing home by my local council in 2015 as cuts began to bite.

Other disability activists I greatly respect are also having their independence threatened – and botched benefits reforms such as the introduction of Personal Independence Payments and Universal Credit have wrecked the lives of many more.

According to the Joseph Rowntree Foundation, half of families in the deepest poverty now contain at least one disabled person. Like rising street homelessness, social exclusion and violent crime, this is a sign of a country moving in the wrong direction. It’s also a stark warning of the false economies of austerity, creating longer-term problems that may cost us more to fix.

Marginalisation breeds further marginalisation –  and I would rather see a radically inclusive society where all can play their part. That is why I put papers in last week to stand as a Labour parliamentary candidate, either where I live in Vauxhall or anywhere else I can be used.

I would like to see the party adopt proposals from Disability Labour for a National Independent Living Service, and strengthen access requirements on new infrastructure projects. Earlier this month, I wrote on the incredible liberation of using London’s underground and buses on my own thanks to better access and a partially recovered left arm.

Public transport horror stories from disabled users, however, remain far too common – assistance systems often fail, millions are spent on new trains and stations that still do not meet our needs.

By some estimates, up to a fifth of the UK population identify as having a disability, although that means varied things to different people. In Parliament, there are five – one likely to leave.

If by running I can show what someone like myself can do, it will have been worth it.

Peter Apps is global affairs commentator for Reuters news agency and a British Army Reservist. He is a potential Labour Party parliamentary candidate.