Unions want promises before they back a Democratic candidate 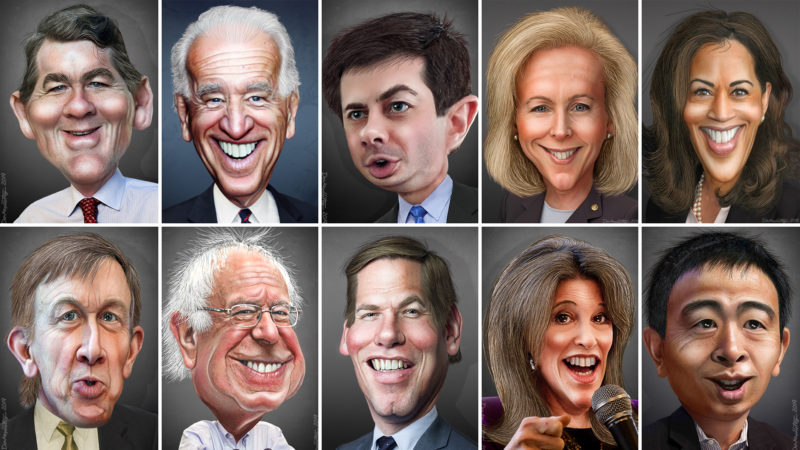 Richard Trumka, the president of the  US equivalent of the Trade Union Congress, recently spoke to union leaders and some senior Democratic Party officials.

The meeting was held behind closed doors at the International Brotherhood Of Electrical Workers in Detroit. Also in attendance were a number of rank and file union members.

Trumka told the Democrats “it’s time to do better” and criticised the Democratic Party’s record in office on worker’s rights and collective bargaining.

He also criticised them for driving through bad trade deals that saw decent US manufacturing jobs shipped from the US to Mexico and other countries.

Trumka singled out the North American Free Trade Agreement with Canada and Mexico, pushed through by the Clinton administration, and the Obama administration’s Trans Pacific Partnership – which was only sunk when Trump failed to ratify it.

Trumka said Democratic leaders needed to examine their role in creating an unfair economy. He said both the Democrats and Republicans are to blame for a system that looks after the rich.

He told the meeting: “We are caught in a web of century-old labour laws that prioritise unchecked corporate greed over all else. We can blame this White House all we want. But this isn’t new. More often than not, the Republican Party is bad for workers. This president is bad for workers. But let’s be honest about the Democratic Party’s record.”

He warned Democrats present: “You can’t offer campaign rhetoric or count on workers’ votes simply because you have a ‘D’ next to your name. You need to prove that this party is the one and only party for working people… and recognise that unions and collective bargaining are the single best way to make this economy work for everyone.”

And Trumka said that unions expect to hear more: “Convince our members, and you’ll have the country’s largest and most effective movement for working people on your side.”

This time round US unions are being more cautious than they were in 2016 when some unions backed Hilary Clinton early in the race.

Some unions have decided to weigh up which candidate make the best pitch on worker’s rights and to working families.

Unions (who traditionally provide the ground troops in getting the vote out and in canvassing) have a wider choice of candidates this time around, some with a more progressive agenda and unions see themselves in a stronger position than they were in 2016 to influence the Democratic primaries.

Collective bargaining, despite being a key issue for unions, barely got mentioned in the two recent candidates debates in Detroit.

And Trumka said that unions expect to hear more: “Convince our members, and you’ll have the country’s largest and most effective movement for working people on your side,” he told the Democrats.

A number of candidates including Biden, Warren and Sanders have been on picket lines recently – and Warren encouraged her campaign workers to join a union.