So three-quarters of UK taxpayers are unskilled then. 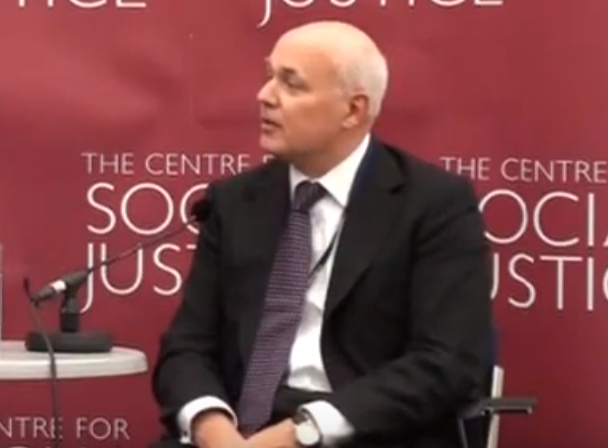 A report by the Centre for Social Justice think tank has claimed that those earning less than £36,700 are not skilled.

The report said that the minimum income threshold for immigrants should be increased from £30k to £36,700 as this was “a level commensurate to the status of skilled”.

About three-quarters of UK taxpayers earn less than £36,700.

Its recommendations were put together by a working group chaired by a former banker and Boris Johnson adviser called Gerard Lyons.

The report appears to have been funded by Deutsche Bank and by a company owned by Vote Leave donor Jeremy Woolridge, whose family are worth £150m. They are both thanked in the report’s acknowledgements.

The minimum income threshold is the amount non-EU immigrants currently have to be able to earn to come to the UK.

The CSJ report says this threshold should be extended to EU citizens after Brexit and that it should be increased.

The report qualifies this by saying that the Home Office “consider constructing a list” of jobs which are strategically important to the UK. These should be exempt from the threshold.

The report’s proposals were criticised by business groups. Edwin Morgan, interim director general at the Institute of Directors, said:

“Skills gaps are already holding businesses back. The threshold is repeatedly raised by employers as a concern, and raising the bar even higher would put another spanner in the works for firms looking to grow.”

The government has not commented on the report’s recommendations.

Under the government’s proposed post-Brexit immigration system, those earning less than the minimum income threshold will be judged on whether they are from a country with a low or high risk of “immigration abuse”.

Those from countries with a high risk of “immigration abuse” – likely to be most of Africa and South Asia – will not be allowed to move to the UK.

Those from countries with a low risk of “immigration abuse” – likely to be most of Europe, North America and East Asia – can move to the UK. However, they will only be given a visa to work for one year at a time.