Auditors are lapdogs not watchdogs. 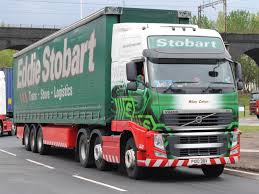 It’s another week and another accounting/auditing scandal. This time at Eddie Stobart, a well-known company with diverse operations in road haulage and supply chain logistical support.

The company’s official statement is that it is “re-assessing the recoverability of certain receivables, as well as considering the appropriateness of certain provisions”. The trading in its shares has been suspended and the company has parted company with its chief executive.

This is the latest in a longline of accounting scandals. This includes companies such as The Bank of New York Mellon, BHS,  BT, Carillion, Conviviality, the Co-operative Bank, London Capital & Finance, Mitie, Patisserie Valerie, Quindell, Redcentric, Silentnight, Serco, Sports Direct, Ted Baker and  Tesco, just to mention a few. What remains hidden by the lack of public sunlight is anybody’s guess.

Puppies and Lapdogs – not Watchdogs

There is a common pattern. Company directors prepare flawed accounts and auditors go along with them, all for a fee.

The 2017 accounts of Eddie Stobart Logistics Plc were audited by KPMG. It collected £42,000 for the audit of the parent company, £282,000 for audit of subsidiaries and a whopping £834,000 for providing consultancy services which included taxation.

On 27 November 2018, KPMG resigned. Its resignation letter said that the firm was “resigning due to a breakdown in our relationship with management which followed difficulties in obtaining sufficient appropriate audit evidence during our audit of the Company and its subsidiaries for the year ended 30 November 2017, although that information was ultimately obtained”.

Whatever the difficulties, they were not stated in the 2017 audit report or in the accounts. The company received its customary clean bill of health.

The Companies Act 2006 requires the auditor’s resignation letter to be accompanied by a statement detailing any circumstances connected to the resignation which need to be bought to the attention of the company’s shareholders and creditors.

The KPMG letter alluding to “breakdown” and “difficulties” is opaque and uninformative. It does not provide any indication of the issues or the amounts involved. Maybe KPMG did not want reputation for being troublesome and sour its appointability elsewhere.

Eddie Stobart’s accounts for the year to 30 November 2018 have been audited by PricewaterhouseCoopers (PwC) and received a clean bill of health. The accounts were filed at Companies House on 31 May 2019 yet within days the company confirmed that its accounting practices are flawed.

For the umpteenth time, attention is focused on auditors, the private police force of capitalism. Auditors claim to be independent of companies and that is one of the biggest deceptions of modern times.

They are selected and remunerated by directors and cannot bite the hand that feeds them. The auditor dependency is obfuscated with claims that non-executive directors and audit committees select auditors.

In reality, all too often, the part-time non-executives are stooges of executive directors.

Eddie Stobart had an audit committee and its chairman was previously a partner of KPMG LLP and its predecessor firms from 1992 until 2010.  Did this enable KPMG to secure the audit?

The alumni links create conflict of interests. Evidence shows that some 64% of FTSE100 finance directors are linked to the big four accounting firms and 61 out of the 100 audit committee chair positions at the highest level of UK companies are held individuals who previously worked for at least one of the big four firms. These same individuals select auditors and unsurprisingly their favourite firms get the job.

The alumni links open doors for audit firms, but also impair audit quality. Research shows that the corporate executives’ background as partners or managers in audit firms equips them with “extensive knowledge of audit procedures and negotiation tactics.

As a result, executives use their higher-order ability to hide misstatements or to avoid current-period adjustments when the external auditor finds misstatements.

An alternative model is for an independent body to appoint and remunerate auditors of large companies.

Following the Local Government Finance Act 1982, the Audit Commission appointed and remunerated auditors for local authorities and a range of local public bodies.

Auditors were generally forbidden from selling non-auditing services to audit clients. Big four accounting firms had difficulty in penetrating this market. They made financial contributions to the Conservative Party to secure abolition of the Audit Commission.

A report submitted to the Shadow Chancellor has recommended that the above model be applied to audit of all large companies.

Inevitably, it is opposed big accounting firms and big companies. Indeed, most audit reforms are opposed by the alumni network. There is clearly a market for duff audits and they are keen to preserve it.

More accounting/auditing scandals are inevitable as the auditing industry continues to be dogged by knowledge, independence, accountability and liability failures.