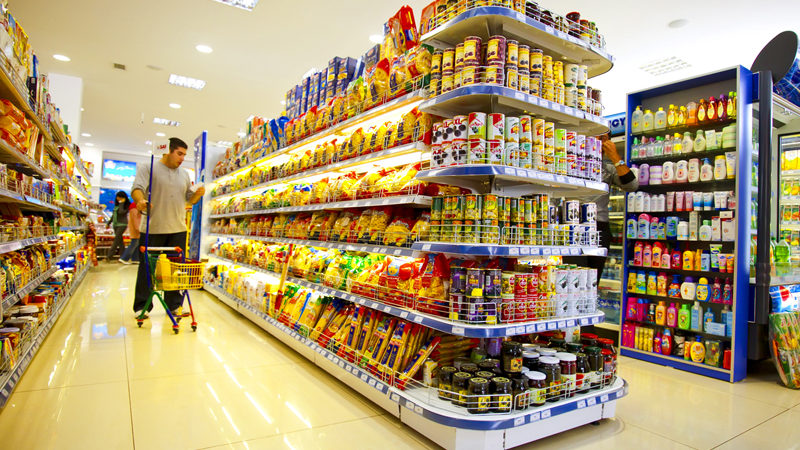 Supermarkets aren’t known for their waste reducing achievements, and they all have a very bad name when it comes to wasting food. Farmers and shoppers alike have criticised demands for “perfect”, shelf and packet-fitted, fruit and vegetables, leading to massive waste.

Fruits and vegetables have natural variations in size, shape, colour and even taste – and that this isn’t imperfection but simply nature – is being noted by consumers, and most supermarkets now make great play of ranges called something like “less than perfect”.

But these usually take up a tiny fraction of the shelf space, while rows of heavily packaged, perfect produce dominate our shops and supermarkets.

We also know about the way supermarket demand is used to exploit and browbeat farmers into growing extra produce, just in case shoppers develop a new taste or a popular cooking show feature a product, or the weather should swing towards barbecues.

If that doesn’t come off, farmers are left unpaid, with no choice but to allow perfectly good crops to rot in the field, or at best become animal feed, sold at a much lower price.

Farmers get just six per cent of the value of the food we buy – which is exploitation by any measure.

Many large corporate supermarkets are also guilty of the exploitation of workers, to the extent that one in eight workers in the food sector live with food insecurity, unable to afford enough food to live on.

But an important new report highlights how we also need to add “energy wasters” to the charge sheet against supermarkets. This Defra study has found that open supermarket fridges – yes just the open fridges – consume one watt in every hundred watts of electricity the UK uses in total.

Taking supermarkets electricity consumption as a whole – including all those giant open warehouses, massively overlit and pumped with air conditioning – we get to an even higher total of three per cent of the UK’s entire electricity supply.

I spend quite a bit of my time debating energy policy. These tend to focus on how we generate it, why we should reject expensive, slow and dangerous nuclear power, and focus on tidal, onshore wind and solar sources. It seems like every time it’s down to me to make the case for focusing just as much on the energy we can avoid wasting in the first place. Energy we don’t have to generate thanks to efficiency and conservation.

The best possible energy – the cleanest, greenest, cheapest- is the energy we don’t need to generate because we don’t intend to use it because we cut out every bit of waste we could.

It’s more than clear that supermarkets need to shoulder their fair share of stopping waste.

So, let’s start with the easiest thing in the whole world: putting a door on their fridges. Seriously, opening a door to get some cheese is not a problem for any of us.

In France this is normal in every shop, and it doesn’t seem to stop people buying things. (And I recently learnt this is because France has legislated to force supermarkets to use closed fridges). So, if our supermarkets don’t step up quickly, our Government – if not this one then hopefully a better one that follows soon – should learn from France and force them into this very simple action.

6 Responses to “How supermarkets are energy super wasters”