“If the Queen is asked to help, she would do well to remember history doesn’t look too kindly on royals who aid and abet the suspension of democracy.” 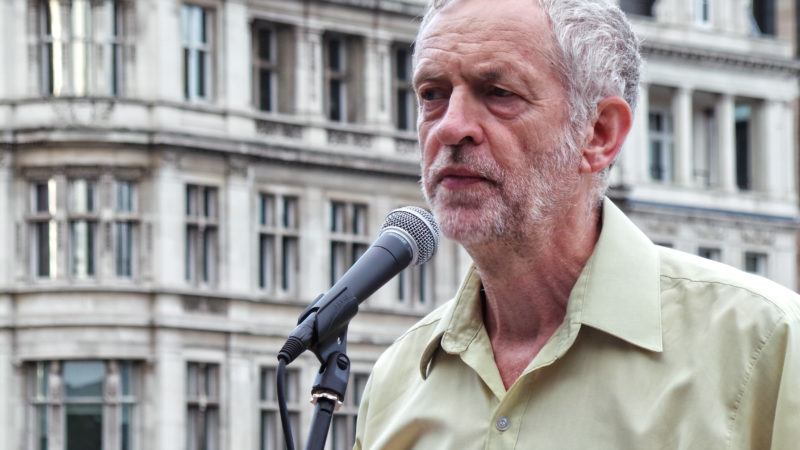 Campaigners and politicians have reacted with fury after reports that the Queen will be asked by the government to suspend Parliament days after MPs return from recess – and just weeks before the Brexit deadline.

Suspending Parliament would mean MPs would have far less time to challenge a No Deal Brexit scenario, before the UK leaves on 31st October.

Ministers want to suspend Parliament from around the 12th of September to October 14th, when it will lay down a new Queen’s Speech.

The news comes after opposition leaders from across parties met on Tuesday to discuss how to block No Deal.

The cross-party Church House Declaration endorsed opposing a No-Deal Brexit by any legal means necessary – and resisting any attempt by Boris Johnson to shut down Parliament to force it through.

MPs agreed a legislative approach – passing a Bill – to block a No-Deal Brexit. However, MPs would have just a couple of weeks to push through an ‘Anti-No Deal’ Bill if the Queen agrees to prorogation.

Remain campaigners have urged the Queen not to agree to such an ‘undemocratic’ request from Johnson.

“It would make no sense for the Queen to back this deeply undemocratic, unconstitutional and fundamentally political manoeuvre from the government.

“If the Queen is asked to help, she would do well to remember history doesn’t look too kindly on royals who aid and abet the suspension of democracy.”

“I am appalled at the recklessness of Johnson’s government, which talks about sovereignty and yet is seeking to suspend parliament to avoid scrutiny of its plans for a reckless No Deal Brexit. This is an outrage and a threat to our democracy.

“That is why Labour has been working across Parliament to hold this reckless government to account, and prevent a disastrous No Deal which parliament has already ruled out. If Johnson has confidence in his plans he should put them to the people in a general election or public vote.”

“Boris Johnson led a Leave campaign which cheated and broke the law to win. It’s no surprise that now he’s the Prime Minister he is continuing his assault against democracy. If we need to “take back control” from anyone, we need to take it back from him. Those who defend the UK’s unwritten constitution often say the Queen must be “kept out of politics”.

“The Government is now asking her to suspend Parliament for an explicitly political purpose – one for which there is no mandate. Any Head of State worthy of the title would say no.

“The people of Scotland are used to the UK Government treating them with contempt, but this move by Johnson takes this contempt to a whole new level and reinforces the need for the people to have a say over the future direction of our country.”

“This is a cynical and fundamentally anti-democratic move by a man who sees no hypocrisy in shutting down parliament after arguing that leaving the European Union would somehow reinforce the sovereignty of parliament.

“It is a move that you would expect from an autocratic ruler than the Prime Minister of a modern democracy.

“Faced with what could be the most serious abuse of power in living memory, we must do everything we can to defend representative democracy against this undemocratic coup d’état, and I see no exaggeration in calling it just that.”

“Boris Johnson’s appalling actions underline, yet again, just how broken Westminster is. Scotland has been completely ignored throughout the Brexit process – and we now face being dragged out of the EU against our will on the hardest terms.

“It’s now beyond doubt, that the only way to properly protect Scotland’s interests is by becoming an equal and independent European country. Its no wonder that support for independence and a fresh referendum is higher than ever.”

Nigel Green – CEO of the world’s largest independent financial advisory organisation the deVere Group – goes on to add: “The situation in the UK is deteriorating,” warning that many investors would look to move their money out of the UK.