Lucas's proposal drew criticism from across the political spectrum. 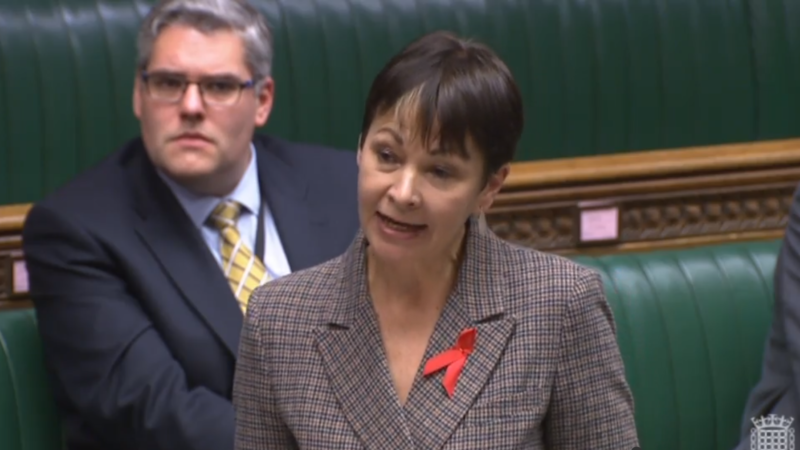 Green Party MP Caroline Lucas called on Sunday for a government of women to enable a referendum on Brexit.

Writing in the Guardian, she said that women “have shown they can bring a different perspective to crises, are able to reach out to those they disagree with and cooperate to find solutions”.

The proposal seems to have drawn criticism from across the political spectrum. Here are five arguments from the Left and Centre against the idea.

Like almost everything, Brexit will affect men and women differently. But the link between the two things isn’t clear or particularly strong.

The idea that women are naturally better at co-operation also drew criticism.

2. The women she names are all white

When questioned on this by Victoria Derbyshire, Lucas said that them all being white was “a real concern” but she chose them because they are leaders or deputy leaders of their parties.

It’s true that the leading women in the Liberal Democrats, SNP, Plaid Cymru and the TIG/Change UK parties are all white, as they are in the Greens. Lucas is right to say that is a problem.

However, she has chosen to name Yvette Cooper – who is not a leader, deputy leader or even a frontbencher.

She could have chosen Shadow Home Secretary Diane Abbott, who is of the same seniority as Emily Thornberry, who she did choose.

She could have also chosen Labour frontbench women of colour like Dawn Butler or Shami Chakribati. Or any of a number of pro-Remain backbenchers like Chi Onwurah who has campaigned with the ‘Love Socialism, Hate Brexit’ group.

3. Yvette Cooper is not pro-second referendum

While she’s been leading the fight against a no-deal Brexit, she hasn’t said she supports a second referendum – making her inclusion all the more open to criticism.

Without at least a handful of Tory or DUP MPs supporting it, this ‘cabinet’ would not be able to win a confidence vote.

The sole Conservative included in the scheme is Justine Greening and winning her support for the idea, let alone that of any of her colleagues, will be difficult.

5. It won’t be seen as legitimate

The public will see a change of government without a general election as illegitimate.

You can (and I would) argue that a change of prime minister without a general election is also illegitimate but: a) two wrongs don’t make a right and b) changing governing parties needs more of a mandate than changing PM in one party.

If we want to change the government, it’s simple – we need a general election. All the signs are that we are about to get one so, other than generating publicity, the reason for this intervention is unclear.