It's not just about eating less meat. 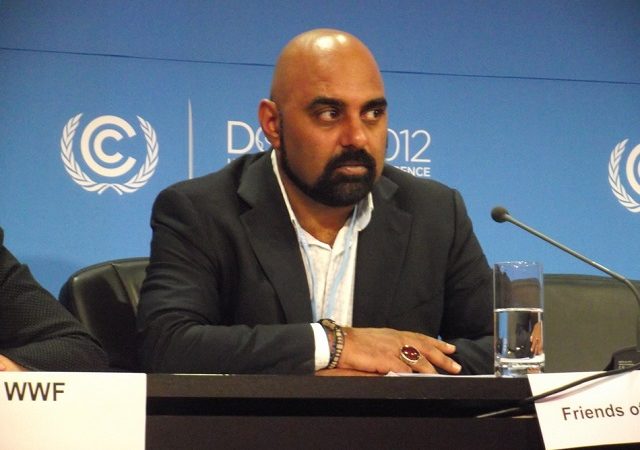 For many the main takeway from a recent climate report seems to be people should ‘eat less meat and become a vegetarian’ otherwise we face a food crisis.

Its clearly a good thing for many reasons to cut meat consumption – health, climate etc. But whats missing from this story ?

Well, first of all – one in three people already face hunger issues, close to a billion face malnutrition. Not in the future but right now.

So the hunger crisis is happening but of course it is happening to people in the global South. It only matters when it might impact ‘rich’ people

You would be forgiven for thinking this was a result of something magical that could only be fixed by ‘individual consumers’ changing their habits rather than this has been deliberately engineered.

But those responsible have names and addresses. They are the big industrial agri-businesses, the multi-national companies.

Whilst four companies are the biggest commodity traders in agricultural products.

They are destroying the planet and profiting from hunger. So stick with me whilst I spell out the story that the massed ranks of the NGO & the media should have told about ‘climate and land’

When talking about food – start with that 70% of all the food produced is by small farmers who make up 90% of all farms. Yet they produce that on 25% of agricultural land.

In Africa, 90% of all farms are small but they have less than 15% of total agricultural land.

In the last 2 decades its estimated that 100 million hectares of farmland have been turned over to export crops soya, sugar cane, rape seed, palm oil

This didnt magically happen – it happened because govts like the UK & other rich countries forced them to.

Under colonialism rich countries exploited the resources of the global South.

Be it the overthrow of govts in the global South – Allende, Lumumba, Mozzadegh – who threatened western control of their resources.

But also by using the WTO, IMF and World Bank and structural adjustment programmes to force corporate control of food and a massive land grab.

The devastating result is that there are currently 1.7 billion people live in water stressed areas, set to increase 3.5 billion.Whilst consumption of water is set to grow by 40%.

Agriculture accounts for 70% of global water use, and half of all freshwater is polluted by industry and agriculture.

Here are some solutions we should be talking about & not just individuals making ethical choices.

1. The climate crisis is already happening & poorest are most impacted

2. Stop a breach of 1.5 degrees celsius of global warming

4. Food is a basic human right & public good to be enshrined in every national constitution

11. Promote agro-ecology – it can cool planet and feed world three times over

16. Land and food are part of the global commons like energy. They need to be regulated & shared equally & fairly

17. End neo-liberal capitalism. The thing that no NGO dare utter (apart from WarOnWant) – its a systemic problem of a global economic system. One that impoverishes the poor to make the elite rich. Its not compatible with tackling climate change or ending globalisation of hunger

18. Join the bloody dots. We can’t stake our future on bio-energy with carbon capture and storage and negative emissions. Yes I know you know but those NGOs who darent say it because they think it might mean having to say capitalism and a safe & fair planet is incompatible.Go on you can tell the truth!

19. For God’s sake listen to the worlds farmers, peasants & indigenous peoples & half the world living on $5 a day.

Asad Rehman is the executive director of War on Want

8 Responses to “A billion people face malnutrition. To fix that, we must be radical.”