"Only through greater democracy can we transform society," write Labour MPs Jonathan Reynolds and Rupa Huq. 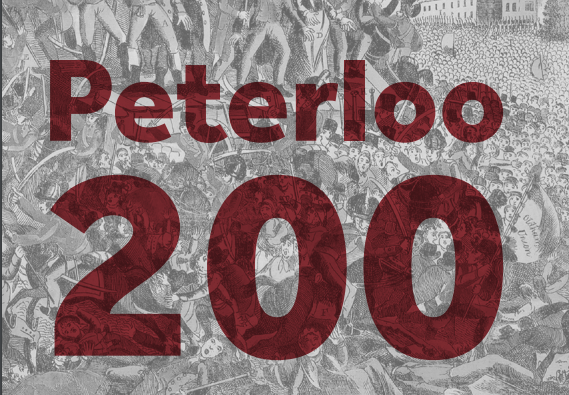 The Peterloo Massacre is one of the most overlooked events in British history. 16 August 1819 set the scene for the coming century of struggle for democracy in the UK.

At the time, the meeting of 60,000 protestors at St. Peter’s Field, Manchester, was the largest in our history. In an era when England’s second town sent no MPs to Westminster, ordinary working people, primarily the spinners and weavers of Manchester’s surrounding towns, turned out to demand representation in Parliament. The authorities responded with violence. Indeed, among those who were killed was 19-year-old Joseph Whitworth, from Hyde, which is today in one of our constituencies.

Although their aims were not met for many years, the brutal suppression of the marchers caused a huge shift in public opinion which set the wheels in motion for gradual reform that culminated in universal male suffrage and the first votes for women in 1918, and full equal suffrage in 1928. Peterloo is also significant because it showed that working people understood that economic liberation could not take place without democratic representation.

At the time, industrial Manchester’s already wretched working and living conditions were compounded by a deep economic depression. The protestors recognised that they could not alleviate this suffering while Parliament represented only the elite. Why would Parliament care about Manchester while it was not represented by even a single MP?

With reform in the 20th century this idea was gradually realised. Each of the Reform Acts were followed by corresponding policy changes as newly enfranchised classes asserted themselves. After the 1832 Great Reform Act, industrialists and merchants gained greater representation. By 1846, they used this power to repeal the Corn Laws which had existed to protect the wealth of rich landowners. Following further extensions of the franchise to some working men in urban areas (in 1867) and rural areas (in 1884), Parliament turned its attention to social reforms demanded by the working class. This culminated in the People’s Budget of 1909, which placed new taxes on the rich with which to “wage implacable warfare against poverty and squalidness”.

When the first women finally won the vote in 1918, it was followed by a slew of bills aiming to deal with ‘women’s issues’. And although it took many years, universal suffrage allowed working people to build the Labour Party, win representation in Parliament, and fundamentally reform the state to address the interests of the many.

But today, the UK remains one of the most economically unequal societies in the developed world, with the 6th worst income equality of the 36 OECD nations and the 2nd worst of those in Europe. This report makes the case that democratic inequality, arising from a long outdated electoral system, has been a substantial barrier to reducing economic inequality, creating an egalitarian society, and addressing issues of social justice. By adopting Proportional Representation (PR) we can instead create a democracy in which all voters have equal access to representation and political power.

A new report from Make Votes Matter and the Labour Campaign for Electoral Reform draws on substantial academic evidence showing why this is far more likely to lead to the kind of society that we in the Labour Party want to create: one with, for example, lower economic inequality, greater economic democracy, and an effective response to the climate crisis.

Let us be clear: these policies must be fought for whatever the electoral system. But there is increasing evidence that workers, trade unions, activists and political parties are better placed to fight for them under systems in which all votes count equally.

By adopting PR, we can significantly shift the balance of power in the UK, from the few, to the many. Labour remains the only socialist party in the developed world to support the use of First Past the Post for general elections. It is time for us to learn from our sister parties and embrace fair votes.

Indeed, this is already happening. One third of Labour MPs have come out in favour of PR. At the time of writing, 69 Constituency Labour Parties have passed pro-PR motions since 2017, with dozens more debates scheduled. Two affiliated unions now support PR as policy, and one of the two unions with policy against PR is reviewing its position following calls from its membership.

200 years on from the Peterloo Massacre, we should remember and celebrate those who fought for democracy before us. We should take inspiration from their understanding that only through greater democracy can we transform society.

Read “Peterloo 200: The path to Proportional Representation” which is out today.

Jonathan Reynolds is Labour and Co-operative MP for Stalybridge and Hyde and Shadow Economic Secretary to the Treasury. Rupa Huq is Labour MP for Ealing Central and Acton.

7 Responses to “200 years since the Peterloo Massacre, Labour must fight for democratic equality”