What right have you to give your child an unfair advantage over mine simply because you have more money? 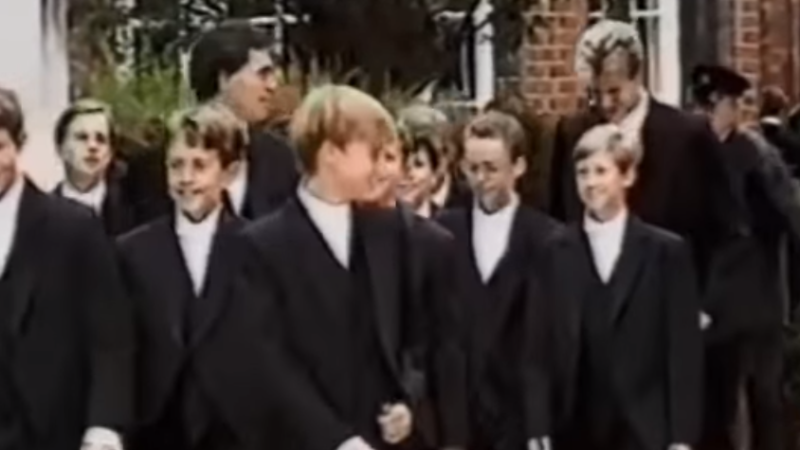 When I started teaching in 2011 I did so because I wanted to make a difference to the lives of young people.

A thousand of us trainee teachers sat in a lecture theatre and pledged that we would work towards the day when no child’s educational success was limited by their socio-economic background.

Yet here we are in 2019 and academic achievement is still largely dictated by parental wealth.

The reality is that we are about to have foisted upon us as prime minister yet another public schoolboy – most likely Boris Johnson, the 20th British prime minister to be educated at Eton.

Only 7% of UK students attend private schools, yet the Sutton Trust 2019 report revealed that 65% of senior judges, 52% of junior ministers, 44% of news columnists and 16% of university vice-chancellors were educated in private schools.

I have worked for my whole career in state schools in some of the most deprived regions of the country.

My current school has 40% of pupils eligible for free school meals and draws its intake from one of the top 1% of most deprived wards in the country.

There are pupils coming to school having not eaten, exhausted having spent the night awake caring for parents and unable to concentrate due to the stress and worry of their home lives.

Yet, at the same time, we are seeing massive cuts to budgets at a time when these young people need the most help.

Public schools on the other hand benefit from facilities to rival the best hotels and spas. Sports fields, swimming pools, drama theatres. One argument often leveled against the call for equality in education is that these public schools share their facilities with local state schools.

Until they also start sharing the Old Boys’ Network as well this will be nothing but a sticking plaster.

The other argument is that, in a democratic society, we should have the freedom to choose how we educate our children.

If we choose to pay for their education then who are we to take away that right? But, I say, what right have you to give your child an unfair advantage over mine simply because you have more money?

The next argument is that it is the politics of envy. Why are we jealousy coveting the success of Eton?

But when Eton college was founded more than 600 years ago by Henry VI it was written into its charter that all pupils should be poor boys drawn from the local community.

Now, only 1% of all pupils are on 100% bursaries.  We simply want to return Eton to its historic roots.

Today, we have launched a campaign calling for the Labour Party to commit to the integration of all public schools into the state sector.

The campaign is backed by Labour MPs such as Laura Pidcock, Clive Lewis and Ed Milliband.

As a start, we are calling for the next Labour government to withdraw charitable status and all other public subsidies and tax privileges, including business rate exemption, from private schools.

We also want government to ensure universities admit the same proportion of private school students as in the wider population (currently 7%).

Finally, we want endowments, investments and properties held by private schools to be redistributed democratically and fairly across the country’s educational institutions.

The Labour Party holds as one of its core values equality and as socialists we are fighting for a country that works for the many, not the few.  An inclusive education system should be a key part of this.

Robert Poole is a secondary school geography teacher from Bolton who has spent his career working on some of the North West’s most deprived regions.

8 Responses to “Why Labour should take on private schools’ privileges”