We need a progressive alliance to stop Johnson's hard-right government. But could that require new leadership? 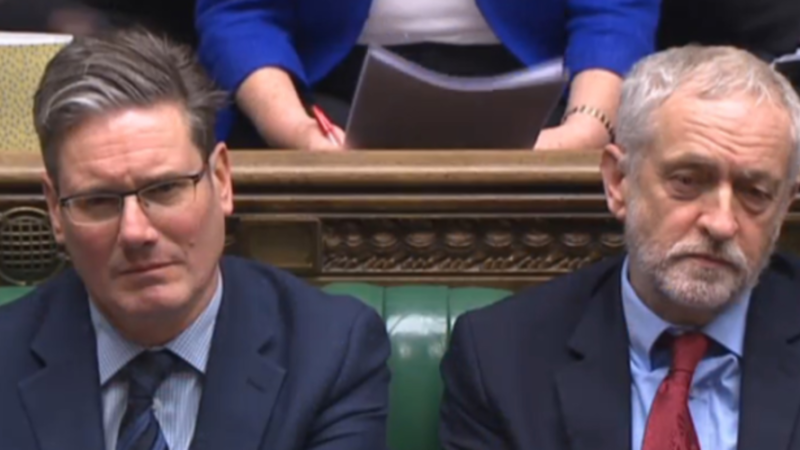 British politics is in a bleak place. Arguably the most right-wing government in British history has been assembled to push through an act of huge economic self-harm in the name of an outdated and incoherent nationalism.

Despite his ineptitude in so many areas, Boris Johnson looks capable of leveraging his media profile in a general election just as Trump has in the US.

Meanwhile the opposition leader has squandered a huge amount of public support and the near-victory of the 2017 election. Corbyn has shown himself to be incapable of capitalising on Tory collapse despite the lack of any credible internal challenge since his re-election as leader in 2016. Anti-semitism may be a worrying (if often cynically weaponised) factor, but the real story is one of a man paralysed by the challenging political position he finds himself in.

As Corbyn struggles to convince anyone that he agrees with the party membership on Brexit, space has opened up for the Lib Dems and Greens to capture the progressive (dare I say ‘centrist’) vote. But as it stands this will split the anti-Tory vote, just as they lurch rightward to close off a split in that side of the electorate and defeat Farages’s Brexit Party. The highly likely outcome is another Tory victory and delivery of no-deal Brexit.

Despite how much it pains Labour supporters understandably still angry with the Lib Dems for their part in the Tory coalition, Jo Swinson has laid out a clear anti-Corbyn position, and said the Lib Dems wouldn’t join a coalition led by him. But what if Labour installed a new leader who was palatable to the Lib Dems, SNP, Greens, and to the Labour membership?

Tom Watson doesn’t fit the bill. His attacks on Corbyn have been too bitter and divisive to have any likelihood of securing the necessary support. He should probably return to the backbenches. John McDonnell is ultimately too close to Corbyn, despite being infinitely more competent (he was clearly the instrumental voice behind the excellent Labour manifesto of 2017) and with a tangible economic vision (sorely lacking from both the Tories and other progressive parties).

Keir Starmer is the obvious choice as a leader who could deliver an electoral pact. He has been competent on Brexit with an intellectual clarity that makes it hard to brand him an arch Remoaner, and he can successfully bridge the left-wing activist side of Labour with the necessary institutional gravitas required of such a governing coalition. A broad church with him at its head could stop the Tories from further destruction of our public services and ensure that the public has another say on Brexit.

Corbyn is likely to be grateful for a way to bow out gracefully, and the intention of this post is to explore ways that that could happen. The bunker mentality of Corbyn’s office and his die-hard wing of the party is unlikely to make this easy: many of them seem convinced that the only way to deliver a left-wing policy platform is through Corbyn and only Corbyn. It’s a position which is not only plainly untrue but also damaging to the wider cause, not to mention to Corbyn’s own well-being. But if Corbyn himself can be convinced – especially if the plan has the blessing of McDonnell – then it could be a viable way forward.

It wouldn’t be easy, but it’s now not outside of the realms of the possible that Momemtum (who are crucial to determining which way the wind blows with the wider Labour membership) could support such a move. This would take some careful bargaining to make it clear that the principles underpinning Corbyn’s rise are not being abandoned (i.e. that this is very much not a ‘Blairite coup’) and that any break with the Corbyn mantra has the blessing of the man himself.

McDonnell could keep his position as Chancellor, and Corbyn could take a fairly senior role in the new government – which he may indeed welcome given the relentless opposition, pressure and inevitable compromise that comes with being leader.

How other roles in the proposed coalition government would be divided is undeniably tricky, with the resurgent Lib Dems likely to make their support contingent on some weighty roles being handed to them, and of course there would have to be space for the SNP, Greens and Plaid Cymru.

But given the stakes — an even greater lurch to the right á la Trump, and the catastrophic consequences of a No Deal Brexit — hopefully there are enough adults in the room to make it happen. Time is very short.

Jamie Andrews is a tech entrepreneur, environmentalist and writer.

15 Responses to “To stop Boris Johnson, the left need to look beyond Corbyn”