And nearly half think the rich make life hard for the rest of us. 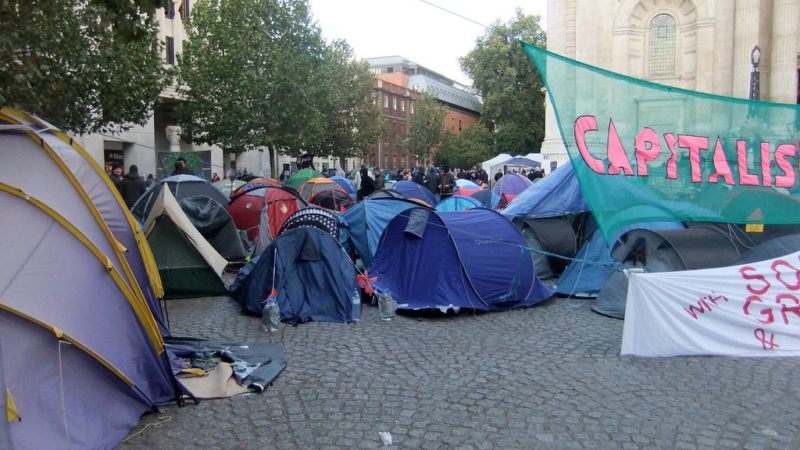 A study has found that 23% of UK adults agree with the statement “capitalism is essentially bad and must be destroyed”.

The finding comes from a report into “far left extremism” commissioned by the Home Office and carried out by academics.

The report also found that 48% of adults agreed that “the wealthy make life worse for the rest of us”.

This result echoes similar findings in the UK and other countries. In 2016, YouGov polling found that adults in the UK and Germany have a more positive view of “socialism” than “capitalism”.

While 23% of the public want to destroy capitalism, a much smaller percentage (10%) have a positive view of what the study describes as the “sectarian far left” – groups like the Socialist Workers Party and Alliance for Workers Liberty (AWL).

“We see no evidence that sectarian groups on the British far left currently have the capacity or the inclination for direct organisational involvement in terror activities of any sort.

“But even without the connection to violent extremism, the revolutionary workerist ideology that such groups promote may from a certain point of view be considered extremist in and of itself, as it has the clear potential to damage political trust and to discourage individuals from taking part in more effective modes of civic engagement.”

The authors added: “To re-iterate, sectarian far-left groups in the UK do not directly promote violence. But openness to violent extremist tactics is logically required by a commitment to ‘revolution’ as such groups typically understand the word.”

The study will be used to inform the recommendations of the Commission for Countering Extremism to the Home Secretary later this year – as will similar studies on the far-right and religious fundamentalists.

The study also found that ‘very left wing’ people tend to be slightly younger than average and are more likely to have a degree and have voted Remain.