“This is petty, small-minded little England at its worst." 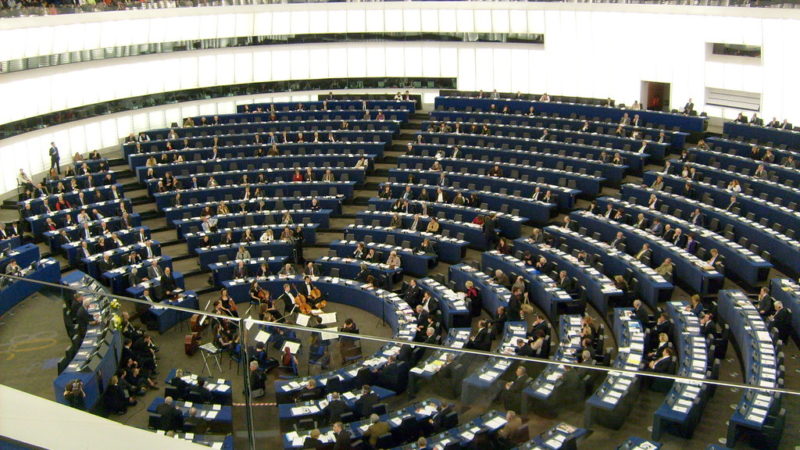 The European Parliament opened for business on Tuesday following elections and British MEPs have been accused of being “embarrassing” Brits abroad as cross-party protests took place.

29 MEPs from the Brexit party, including Nigel Farage, faced the most backlash as they at first refused to stand for the parliament’s opening ceremony anthem, Beethoven’s Ode to Joy, and then turned their backs to the parliament when they were asked to stand out of respect.

Farage claimed that the move was “cheerfully defiant” and carried out to make their “presence felt”.

“[It] is a question of respect; it doesn’t mean that you necessarily share the views of the European Union. If you listen to the anthem of another country you rise to your feet,” Tajani said.

On Twitter, Labour MP David Lammy said that the MEPs were doing “their best to isolate the UK from the world.

“This is petty, small-minded little England at its worst. These plonkers do a proud and open nation a disservice. Shame on them,” he added.

“It’s amazing how well b******s to Brexit translates into 24 different languages,” he said.

Both stunts were described as “crass” by political commentator Kevin Maguire, who added that the protests painted Britain to look like “a country of rude morons”.

Despite the “embarrassing” protests, many MEPs have been getting to work straight away and are taking to Twitter to shine some light on what MEPs actually do, and what they hope to achieve in the next four months before Brexit potentially happens.

Alexandra Phillips, an MEP for the Green Party said in a video on Twitter that she’s diving headfirst into work.

“I don’t know whether I’m going to be an MEP for four months or for five years,” she said. “So I’m hitting the ground running with a Green New Deal that would create a huge amount of jobs for people in the southeast, it would lower their fuel bills and crucially it would contribute to tackling the climate crisis.”

“Over the next five years, I am here working for you and working towards a fairer more prosperous, equal and safer Europe,” Ward said.

13 Responses to “First day on the job: MEPs dubbed as ’embarrassing’ Brits abroad”