Two thirds of Leavers who have a view oppose a snap General Election...while two thirds of Remainers say there should be one. 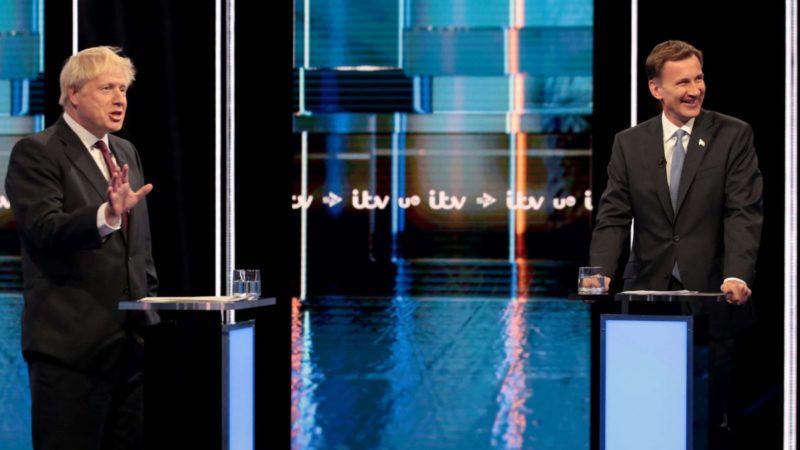 Voters are split on whether there should be an immediate general election when Boris Johnson or Jeremy Hunt become Prime Minister, according to exclusive BMG polling for Left Foot Forward.

Of those with a view, 53% believe there should be an ‘immediate’ general election, to 47% who think there should not be one straight away.

Support for a general election surges to 67% among 18-24 year olds who have a view, compared to 32% who think the PM shouldn’t call one – a total reversal of the figure for those aged 65+ (just a third think there should be an immediate general election).

When ‘don’t knows’ are excluded, Leavers and Remainers are at loggerheads over an early general election, with just 34% of Leavers backing an immediate GE (to 66% against). In an exact mirror image, 66% of Remainers want an election (to 34% against).

80% of Conservative voters who have a view are against an early general election (20% against) – while 77% of Labour voters think there should be an immediate election (22% against). Perhaps surprisingly given they could win Parliamentary seats, 76% of Brexit Party supporters with a view are against an immediate general election – perhaps a reflection of the fact they expect Brexit hardliner Boris Johnson to win.

While there is little regional difference in England, nearly two thirds (64%) of Scots who have a view think there should be an immediate general election when Johnson/Hunt take over.

In Tuesday’s ITV debate, Boris Johnson mentioned a ‘forthcoming election’ – suggesting he may call one soon if elected Conservative leader this month.

“The Leave/Remain divide appears to have seeped into every political issue – including the principle of whether to hold a General Election when the new Prime Minister is picked. The slim majority for an early election means the pressure on Johnson or Hunt may not be as great as they fear. For now, those 160,000 Conservative members look likely to set the agenda for some time to come.

“Of course, those who do not believe there should be an ‘immediate’ election may yet be tempted by the prospect once the new PM has to grapple with a working majority of just three MPs – or minus one, if yesterday’s No Deal vote is anything to go by.

“The party divide is also stark – though it is striking that Brexit Party supporters do not appear to want a quick opportunity to secure representation in Parliament. They may opt for a ‘wait and see’ approach on the understanding that Boris Johnson could force through no deal. Or, like Conservatives they may be more averse to the prospect of a Corbyn victory than the chance of winning a fresh pro-Brexit mandate.

“However, with the EU refusing to reopen the Withdrawal Agreement, both sides may soon be hoping for an election to strengthen their negotiating hand. It’s a gamble, but the parliamentary arithmetic may make it necessary. With four parties hovering at around 20% of the vote, predicting how that plays out in practice is an unenviable task.”

Polling by BMG Research for Left Foot Forward. Fieldwork dates: 2nd – 5th July 2019. Sample: 1532 GB adults aged 18+. Fieldwork was conducted online, with non-response from different demographic groups taken into account during fieldwork and post-fieldwork adjustments. 20% of respondents said either ‘don’t know’ or didn’t have a view – figures above are solely of those with a view. Some totals are different to 100% due to rounding.