The Committee of Advertising Practice has proposed changes to advertising rules to protect 'public sensitivities'. 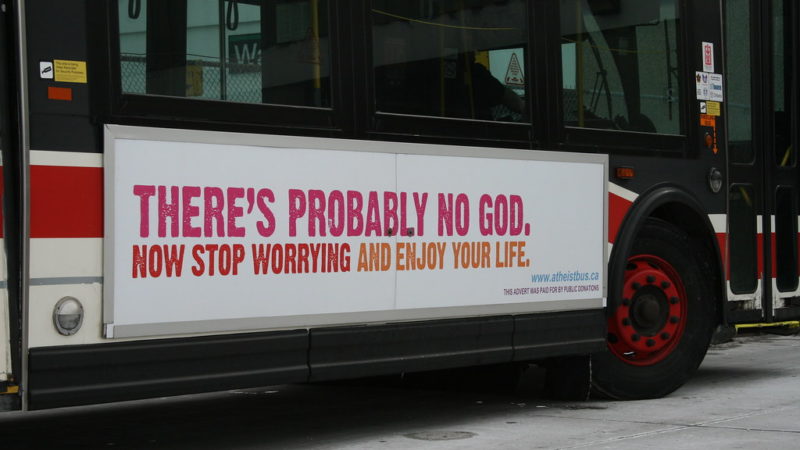 A row over proposed changes to the rules advertisers have to follow in the UK looks set to grow.

Current advertising rules – set by the Committee of Advertising Practice (CAP) – state that ‘particular care must be taken to avoid causing offence on the grounds of race, religion, gender, sexual orientation, disability or age.’

In its consultation document, CAP states that the organisation “considers that treatment of gender reassignment, pregnancy and maternity, sex, and belief in advertising…has the capacity to cause serious or widespread offence.” Some of these are not covered by the Equality Act, though S44 of the Act defines belief as ‘any religious or philosophical belief’.

The regulator goes on to add that ‘public sensitivities’ beyond the scope of the Equality Act should be taken into account: “The rules on offence go beyond the law and CAP includes them in order to prevent the public from being offended, particularly in relation to matters about which there are public sensitivities, as opposed to being legally obliged to do so.”

The proposed addition of ‘belief’ to the rules may anger free speech campaigners. The British Humanist Association is concerned that the changes would amount to a ‘new blasphemy law’. The Peter Tatchell Foundation has also joined the calls for a rethink.

In a petition currently being circulated by the group, 16,000 people have signed a statement: “We are concerned that this change will silence well-meaning people exercising their human right to criticise and challenge ideas, whether seriously or through humour — over a decade after the UK Parliament abolished blasphemy laws in England and Wales.

“At a time when people in the UK are more concerned than ever about the erosion of their right to free expression as a result of well-meaning attempts to ‘ban’, we think the CAP should be looking to improve protection for free expression, not clamp down on it.”

The new rules – being amended to best fit in with the Equality Act – would state [new additions in bold]:

“Marketing communications must not contain anything that is likely to cause serious or widespread offence. Particular care must be taken to avoid causing offence on the grounds of: age; disability; gender; gender reassignment; marriage and civil partnership; pregnancy and maternity; race; religion or belief; sex; and sexual orientation.

A spokesperson for the Committee of Advertising Practice told Left Foot Forward:

“Compliance will be judged on the context, medium, audience, product and prevailing standards. Marketing communications may be distasteful without necessarily breaching this rule. Marketers are urged to consider public sensitivities before using potentially offensive material. The fact that a product is offensive to some people is not grounds for finding a marketing communication in breach of the Code.”

“CAP’s consultation is about adding things to the list of characteristics about which advertisers should take particular care so as not to offend people. Religion appears on that list already.

“It is not illegal (or prohibited by our rules) to say in an ad that there is no God. And nor are we proposing to introduce such a restriction. We welcome any submission from The British Humanist Association.”

Asked how the rules would secure freedom of speech, the spokesperson added: “Our self-regulatory system (and human rights law) always seeks to balance these two often-competing rights (freedom of speech and rights of others) and we’ll take into account the views of stakeholders on this.”

CAP is the self-regulatory body that creates, revises and enforces the UK’s (non-broadcast) advertising rules. According to CAP: “The marketer has primary responsibility for complying with the CAP Code and ads must comply with it. Ads that are judged not to comply with the Code must be withdrawn or amended.”

The consultation closes on the 13th September.

4 Responses to “Could these proposed new advertising rules damage freedom of speech?”