Instead of exaggerating our differences for party gain, let’s recognise that we have more in common. 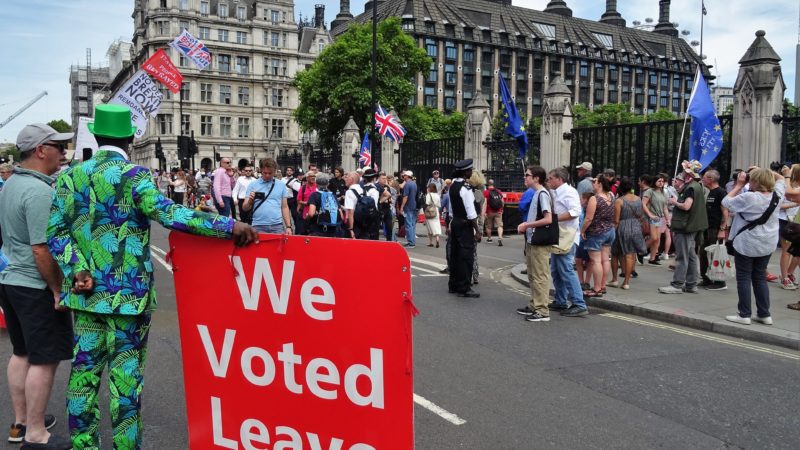 This week has felt like a prolonged nightmare for those of us on the left and centre-left of British politics.

Our 20th Old Etonian Prime Minister assembled a government intent on completing the Thatcherite revolution and ripping the UK out of the European Union at any cost. We can’t wake up from this nightmare and we can’t expect Johnson’s agenda to be defeated by politics as usual. It is our responsibility to defy convention, work in the national interest and commit to a Remain Alliance.

There have long been members of Labour, the Liberal Democrats, and Greens who have urged a progressive alliance at the ballot box. Given how politics has been reshaped by Brexit, now is the time that it can succeed. Not only do more people define as Remainers or Brexiteers than as party supporters, but we’re also looking at the prospect of an imminent General Election – engineered to be solely about Brexit.

An election forced on the country by Johnson after the EU (rightly) refuses to drop the backstop and sanction a hard border in Ireland. An election in which Johnson and the reformed Vote Leave operation (now at Number 10) will claim that the UK has been ‘humiliated by Europe’ and they need a new parliament with a mandate for No Deal.

That prospect should be motivation enough, but a look at the electoral map makes the case for a Remain Alliance all the more powerful. Labour has not won a majority since 2005. In that year, there were 41 Labour MPs representing seats in Scotland.

Currently, our party has 7 Scottish MPs and you will be hard-pressed to find a Labour supporter who thinks we’ll even hold on to all of those. The 2017 Labour coalition (which still fell 64 seats short of a majority) has fractured and as the founder of Remain Labour campaign, I can say with confidence that the ‘constructive ambiguity’ of the leadership on Brexit has been the main driver. The Lib Dems have been the main beneficiaries, but are a party of just 12 MPs. Caroline Lucas remains the sole Green MP ever elected.

Let’s get real about the realities of First Past the Post too. In an election that will define the country for a generation or more, do the Lib Dems really need put up a candidate in Uxbridge & South Ruislip and help Johnson hold his seat? Does Labour really want to run in Richmond Park and risk another term for Zac Goldsmith? Do the Lib Dems want to waste resources running no-hope campaigns against strong Remain voices like David Lammy or Stella Creasy? Is it in any of our interests to try to unseat Caroline Lucas? No, on all counts.

If the progressive parties focus energy and resources fighting each other – the only winner will be Johnson and the Brexiteers. The losers will be the poorest and youngest in our society.

Of course, there will be sceptics on both sides. I left the Liberal Democrats nine years ago when Nick Clegg chose to put Cameron in Downing Street, disowning the young people who believed his pledge to scrap tuition fees. They paid the price in the 2015 election and it’s time to move on. Jo Swinson is leading a party who owes its revival entirely to its opposition to Brexit. For all that she wants to distance herself from Jeremy Corbyn, she simply cannot vote for a Boris Johnson-led government – let’s accept that and move on.

Instead of exaggerating our differences for party gain, let’s recognise that we have more in common. Labour, Liberal Democrat or Green – we believe climate change is an existential threat to our planet and we need radical action to address it. We believe that power and wealth and opportunity lie in the hands of too few in our society. We are all internationalists.

For everyone who voted Remain, for everyone who defines as a Social Democrat, Socialist or a Liberal – this week has been chastening. Now imagine how bad it would be to lose a 2019 election to Johnson and his Brexiteers. An election we will lose if we decide to fight ourselves and not unite in the national interest.

Johnson and his No-Deal Brexiteers are ready. Let’s forge a real Remain Alliance and make certain we are ready for them.

Andrew Lewin is the founder of Remain Labour.