Publicly-owned energy could work for the public, says the trade union. 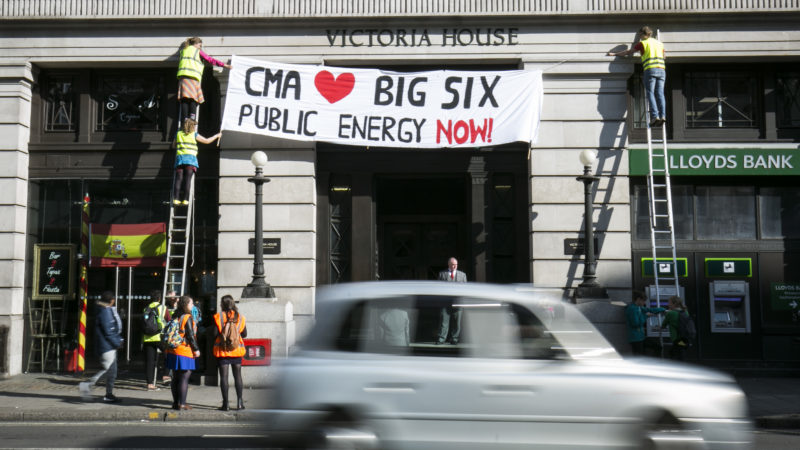 Nationalising the retail arms of the big six energy firms would significantly boost the UK’s bid to become carbon neutral by 2050, says trade union Unison in a new report.

The Power to the People report calls on a future government to bring into public ownership the parts of British Gas (Centrica), SSE, E.ON, EDF Energy, Npower (Innogy) and Scottish Power (Iberdrola) that sell consumers energy.

This would instantly create a new ‘green army’ of workers dedicated to helping businesses and the public become more energy efficient, cut their bills and save the planet, says the report.

Power to the People says this vision could be achieved for between £6bn and £9bn, and the workforce created from the big six firms could:

The report compares the need for a rapid decarbonisation programme with the successful conversion of millions of homes from town gas to natural gas in the 1960s.

This huge logistical operation, which was achieved by a public corporation with the national interest at heart, could happen again, according to Power to the People.

“The climate crisis is a fundamental threat to the future of the planet, but the UK won’t get to net zero emissions on a hope and a prayer. Proper action is required and quickly.”

“Public ownership of the retail energy sector is affordable – it could be done at a fraction of the cost of nationalising the energy networks.”

“It would also provide job security to thousands of workers currently employed by the big six energy firms, help deliver the government’s carbon neutral target, make us all more energy efficient and mean cheaper bills for everyone.

“In an instant a green army of thousands of workers could begin helping consumers reduce their energy consumption, bills and the country’s emissions. Solar panels and greener hydrogen boilers could soon become the norm.

“The inconvenient truth though is we must act now. The warning sirens are sounding and piecemeal action isn’t enough. We’ll have sleepwalked into an entirely preventable catastrophe If we fail to achieve net zero by 2050.”

According to the report, the debate so far has focused on ownership of the UK’s energy networks – the wires, pipes and production.

But it argues, bringing the retail arm of the energy sector into public ownership would enable the government to sign up millions of homes and businesses to the necessary green conversion.

It could also start a decarbonisation programme immediately and at a lower cost than many alternatives.

4 Responses to “Unison: Nationalise the big six and create a ‘green army’ to help the UK hit net zero”