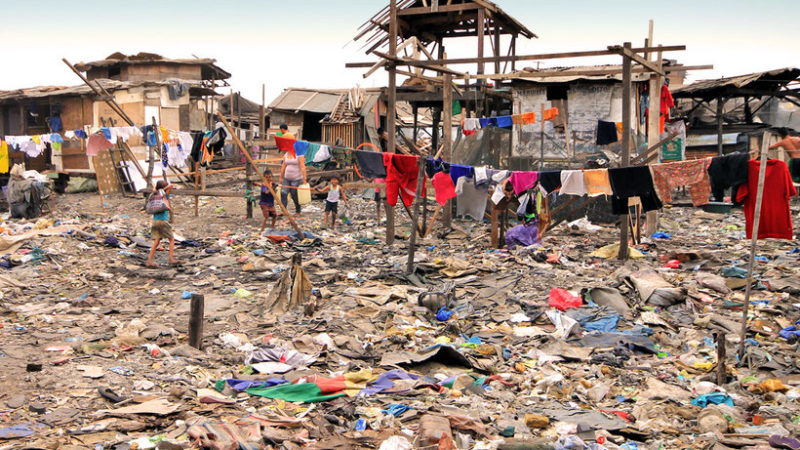 Last January, Theresa May declared ‘war on plastic waste’. Now it’s the BBC’s turn, with the broadcaster airing ‘War on Plastic’, exploring the UK’s record on plastic pollution. However, should we also be investigating possible ‘war over plastic waste’?

Unlike the war on plastic waste, the idea is not entirely figurative. In April, Philippines President Rodrigo Duterte declared “Let’s fight Canada. We’ll declare war against them”. Threats of war are not uncommon from populist strongman Duterte, but the cause was certainly novel – 2,500 tonnes of Canadian waste sitting at the Port of Manila, labelled as recyclable plastic.

On inspection, Philippine officials discovered the waste was not recyclable. After Duterte vowed to dump it inside their Manila embassy if not removed, Canadian officials have finally agreed to take back the waste.

While this particular confrontation grabbed headlines globally, governments and plastics/waste industries in richer nations have been scrambling to resolve similar problems. Until recently, the vast majority of plastic waste collected – 95% in the EU – was shipped abroad for recycling, almost exclusively to China.

However, public opposition to the mass importation of waste – 8.1million tonnes of plastic alone in 2016 – has mounted, and the poor quality of many ‘recyclable’ imports, due largely to the transition to ‘single stream recycling’ (a single household bin for all recyclables), has limited financial viability of waste processors. China has also expanded its domestic recycling programmes, aiming to reduce widespread pollution.

In January 2018, China instituted the ‘National Sword’ policy, stipulating that imported solid waste including plastics must be 99.5% pure. Facing the displacement of 111 million tonnes of plastic waste by 2030, exporters turned to nearby South East Asian countries.

By April 2018, UK plastic exports to Malaysia had tripled and exports to Thailand increased fifty-fold. Waste management systems in these countries – less sophisticated than in China – simply could not process such vast quantities, leading to spikes in respiratory illness due to burning plastic, contaminated water supplies and surges in organised crime.

Governments swiftly enacted their own waste bans, with Malaysia halting all imports of unrecyclable plastic waste in October 2018. Along with Thailand, the country also pledged to end all plastic imports within three years. This May, India – previously touted as a potential ‘new China’ in waste disposal – became the latest nation to ban solid plastic waste imports.

Consequently, global plastic waste exports dropped by over 50% to 5.8million tonnes in 2018. Waste processors could sell recyclable plastics for around $300/tonne at their peak, but must now pay for disposal. Some British waste is still shipped abroad illegally – Malaysia will soon return 3,000 tonnes of waste to countries including the UK – but incineration overtook recycling in 2018, with almost 11million tonnes of waste burnt domestically.

That the UK is failing to deal with plastic waste may come as a surprise. After all, household recycling rates in England soared from 11.2% in 2000/01 to 43.7% in 2014/15, although they have since stagnated. Recent awareness campaigns, and consumer pressure prompted by stirrings of public consciousness (such as the ‘Blue Planet effect’), have led to welcome initiatives such as the plastic microbead ban, a new Resources and Waste Strategy, and vocal government support of EU bans on single use plastics by 2021.

Keen recyclers could be forgiven for thinking they are ‘doing their bit’, while developing nations are lagging behind on pollution – after all, 88-92% of all plastic entering oceans comes from ten rivers in Africa and Asia. However, with the UK lacking significant infrastructure to handle our recycling, much of the rubbish choking exotic beaches seen on BBC documentaries may in fact be ours. Programmes such as ‘War on Plastic’ feature Hugh Fearnley-Whittingstall encountering mountains of British waste in Malaysian dumps, some still in council recycling bags.

Those in developing nations will be less surprised. This hypocrisy is mirrored in the broader climate crisis – while the UK government recently claimed to have cut carbon emissions by 42.1% since 1990, this figure ignores aviation, shipping and ‘embedded emissions’ (greenhouse gas emissions associated with producing and delivering products or service).

The UK’s embedded emissions have doubled since 1990, potentially cancelling out the supposed drop entirely, or at best cutting total emissions by less than 7%. Over a quarter of all global emissions are outsourced to developing nations in this way.

Accounting tricks may enable rich nations to evade responsibility for plastic waste, but they do not minimise damage to the environment or biodiversity. The 12 million tonnes of plastic dumped in oceans every year can be found worldwide and even in the Mariana Trench, the most remote environment on earth.

Prompted by the Chinese waste import ban, governments have begrudgingly started to take real action. The UK was one of over 180 countries to agree landmark changes to the Basel Convention last month, covering the adverse effects of hazardous wastes on human health and the environment.

The amendment requires countries exporting plastic waste to acquire consent from importing countries before shipping, enabling countries like Thailand, Malaysia and Vietnam, all in the top 10 for plastic waste entering the ocean, to better manage recycling of imported waste and limit dumping.

Meanwhile, incineration may reduce the amount of previously exported plastic piling up in UK recycling centres, but it is no solution. Even state-of-the-art incinerators under perfect conditions still generate harmful dioxins and other pollutants, with major impacts to health and climate.

The British public is now demanding change, with 85% concerned about the effects of plastic on the environment. The government is responding, although largely with small measures aimed at consumers thus far. But our dependence on plastic will not end anytime soon, and with rifts widening between developed and developing nations over climate change, global trade wars and financial inequality, it is unlikely we can return to the ‘solution’ of simply exporting waste and pollution.

President Duterte’s threats of a ‘plastic war’ may not be taken seriously by even his most ardent supporters, but he has struck a chord with citizens of the ‘Global South’ when he states: “I cannot understand why they are making us a dump site…the world runs on arrogance”.

It remains to be seen how quickly the UK, newly devoid of this option, can adapt to deal with the wave of plastic waste – and rage – we are rapidly creating.

Sam Peters writes on political, social and environmental issues, including for Jericho Online, Japan Today and the Green Party.

3 Responses to “The war over where your recyling goes”