"They care far more about shareholder profits than they do about passengers." 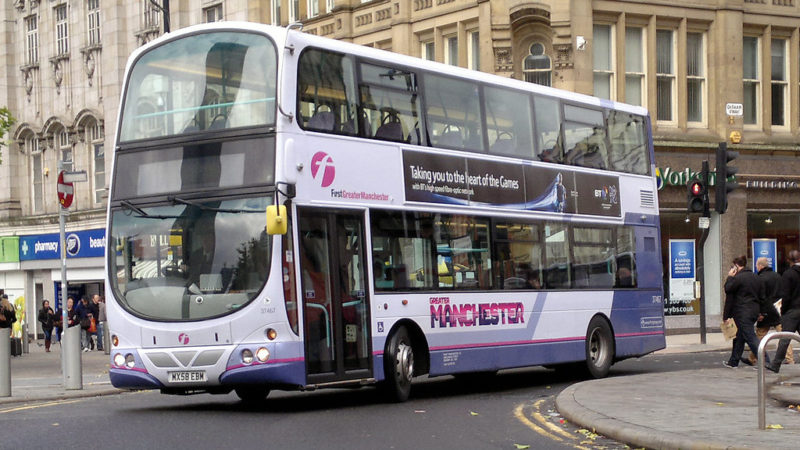 Transport firms have reacted with predictable outrage over plans in Manchester to deal with the expensive, fragmented mess of bus travel in the city.

Polling for Better Buses Greater Manchester earlier this year showed that 76% of residents support re-regulation of buses, with only 5% disagreeing.

And 80% of participants said they supported a London-style pay as you go smart cards which caps daily spend automatically, something that is only possible with regulation.

First and Stagecoach both announced fare hikes at the start of 2019, with a day ticket costing £4.80 via app or £5 on board.

Campaigners are not even calling for publicly-owned buses – new public firms were made illegal in 2017 by the Tories – but simply want local authorities to be able to regulate fares and modernise the system.

Nonetheless, bus firms have lashed out, saying the mayor has unfairly rejected a ‘partnership’ approach instead. In a statement seen by Manchester Evening News, they say taxpayers are ‘in the dark’ about a bill for re-regulation.

However, campaigners have hit back – arguing that the companies are more concerned about the risk to their profits.

“We’re really happy to hear that the official assessment recommends moving ahead with bringing our buses into public control, re-regulating them! Andy Burnham said it himself: our buses are confusing, unreliable and ever declining right now.

“Public control of our buses would mean affordable fares, a simple smart card with a cap on spend, and services that are accountable to us, our communities, like they are in London. We need to make sure Andy Burnham sticks with passengers and staff, and keeps on going with this pledge to give us better, regulated buses in Greater Manchester.

“Unfortunately, since Andy’s recommendations, private bus companies have been showing their true colours. From threatening legal action, to spinning misinformation about higher costs for tax payers.

“All this shows is that they care far more about shareholder profits than they do about passengers.  We understand why they’d be upset about losing out on their juicy profits – but that’s exactly why they need regulating.”

2 Responses to “The Manchester bus battle: Campaigners hit back at transport company spin”