This was a policy designed to keep house prices high - not help people get on the ladder. 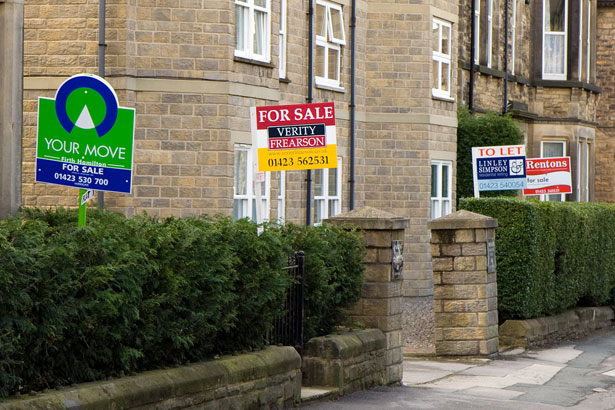 Rather than helping those struggling to buy a home, Help to Buy has mainly been a subsidy for property developers and the rich, according to an independent review of the scheme.

At the same time, the NAO points out that Help to Buy has helped boost the profits of Britain’s biggest property developers. Chief among the beneficiaries has been Persimmon, which sells nearly half of its properties through Help to Buy, and has seen the amount of profit it makes per house treble under the scheme, from £20,000 to £60,000.

That’s the same Persimmon which made a total £1bn profit last year, and tried to pay its chief exec a £100m bonus. And they’re getting a government subsidy.

Nevertheless, Help to Buy has been defended on the basis that it has increased housing supply . But this is an odd claim. If the government really wanted to increase housing supply, it could have instead used the £29bn it’s tied up in Help to Buy to build around half a million council houses, without huge chunks of the money being siphoned off into exorbitant profits for private developers, for instance.

So why did the government champion Help to Buy? Judging Help to Buy as an attempt to make housing more affordable is missing the point. Rather it was a policy designed to keep house prices high.

In recent decades, as Britain’s industrial decline accelerated, successive governments have looked to asset-price led growth as a means of increasing prosperity. Help to Buy fits into this wider strategy, making it easier for people to take on more debt to buy a house, and allowing property prices to stay sky-high.

On this aim, Help to Buy has been a success. Shelter estimated back in 2015 that in its first two years, the scheme increased the average house price by around £8,250.

But perhaps what is most damaging about Help to Buy is the way it has been spun as a solution to housing affordability, and as evidence that the government is taking real action on the crisis.The reality is that there’s no quick fix to such a structural issue.

The uncomfortable truth is that the only way of bringing house prices into reach for all is a rebalancing of the economy away from a reliance on housing bubbles to boost demand. Perhaps the most effective way of redressing this is through a shift at the level of where the money is going in the first place.

Unfortunately control over where investment goes has been largely surrendered to banks, who create the vast majority of new money in our economy when they make loans. Left to their own devices, banks will use this power to pour more money into things that maximise their own profits, rather than what will benefit the rest of the economy and wider society. As such, around 8 of every 10 new pounds in Britain goes towards bidding up the price of already existing assets, rather than actually increasing the productive capacity of the economy.

Where the money flows, the economy grows. As such, these flows of new funds mean we’ve seen the price of assets like housing inflated out of step with the rest of the economy. Help to Buy does nothing to help this – rather it serves to incentivise more lending towards property.

A better, though less catchy, solution may lie in the government coordinating with the Bank of England to introduce measures which encourage investment towards productive economic activity.

Such an approach, known as credit guidance, has been utilised in countries like the UK in the past as a tool for guiding investment to where it is needed, providing a key plank for post-war prosperity. But the ‘liberalisation’ of finance since the 1970s means we’ve perversely ended up with what is effectively forms of credit guidance which directs lending towards asset bubbles, through policies like Help to Buy.

So let’s not be fooled by such quick-fix schemes promising to get people on the housing ladder. The uncomfortable truth is that only a wholesale shift in investment will allow a rebalancing of the UK economy away from unsustainable asset-price led growth and begin to make homes affordable. Doing that will require taking control of money away from the big banks.

Simon Youel is a spokesperson for Positive Money.

2 Responses to “Revealed: How Help to Buy has stuffed the pockets of housing giants”