Ed Davey and Jo Swinson said Labour would have cut like they did. 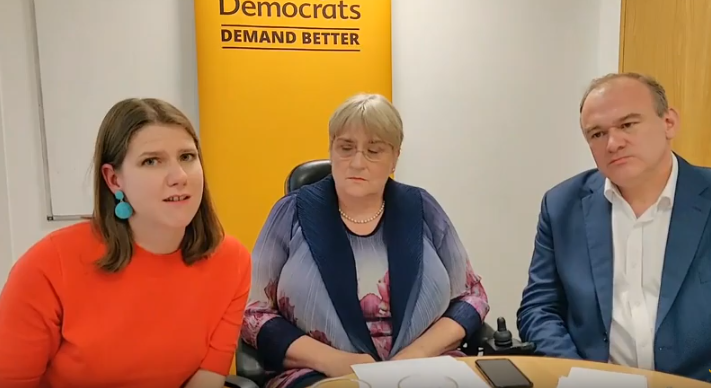 The Liberal Democrat leadership candidates have claimed in an online hustings that Labour would have pursued austerity if it had won the 2010 election.

When asked “do you accept that austerity was the wrong economic policy in 2010”, Jo Swinson and Ed Davey – who were both ministers in the Coalition government – said they did not accept that.

Davey said that in 2010, following the banking bail-out, the government was borrowing £400m a day and so spending had to be “reined-in”.

In comments that were echoed by Swinson, Davey said that the budget proposed by Labour’s chancellor Alistair Darling was “actually rather similar” to the one the Coalition government implemented.

In March 2010, Darling said that cuts to public spending would be “deeper and tougher” than those pursued by Margaret Thatcher in the 1980s and the Institute of Fiscal Studies said that tax rises and spending cuts were likely until 2017.

However, in its May 2010 election manifesto, Labour said: “The Tories argue that public spending should be cut immediately, but this position is out of step with every other G20 government, right or left.

“If governments do not provide support when families and businesses most need help, growth is set back, jobs are lost, and the country builds up more debts – paying a higher price in the future. To cut now would push the economy back into recession, not reducing the deficit but increasing it.”

After the election, Labour’s now shadow chancellor John McDonnell ran for leader of the Labour Party, opposing cuts to public spending. He said:

“The budget deficit can be sorted if we set up a fair tax system which tackles the tax avoidance by the big companies and the very rich that costs us £100billion a year. We need a Robin Hood tax on speculators’ deals in the City.”

In the hustings, Davey said that the Liberal Democrats had failed to communicate that Labour would have cut too and that the Lib Dems had stopped Tory chancellor George Osborne cutting as hard and fast as he would have like to. “It would have been far, far worse,” he said.

Davey said that austerity stopped being the right policy a few years ago though and the Tories should have stopped it.

Swinson said that, in 2010 “there needed to be some spending constraints” and “I wouldn’t take lessons from the Labour Party on this”.

However, she added that measures like the bedroom tax had been a mistake. “We have to be a bit humble and recognise where we didn’t win some of the battles that we absolutely should have won,” she said.

11 Responses to “Lib Dem leadership candidates: Austerity was right and Labour would have done it too”