"Neglect translates into anger with the political status quo. Increasingly that anger is focusing on the right place: Westminster." 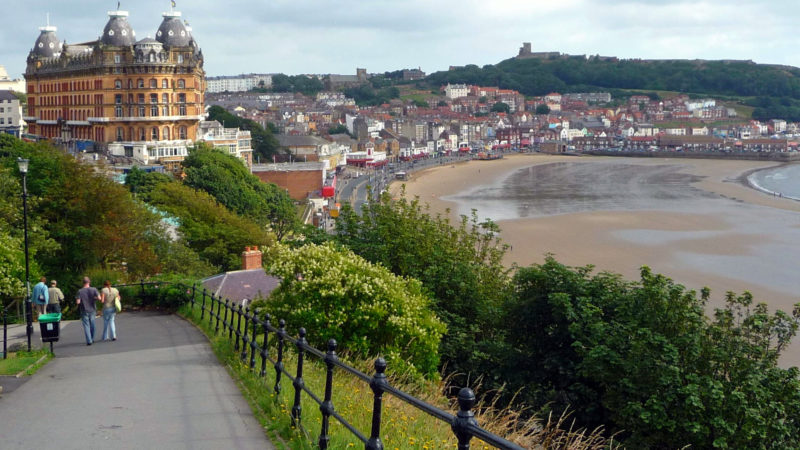 This week has given me time to reflect on the Green Party’s spring conference in the beautiful surroundings of Scarborough.

I could see why this North Yorkshire town was once Britain’s premier seaside resort. More than 200 years after the first bathing machines rolled onto the beach, it still knows how to spruce up for the season. It appears to be thriving (I’m reliably informed there are at least five night clubs).

But away from the sea views, bathing huts and seagulls, what no postcard will show us are the people who are sleeping rough, the schools starved of funding and elderly cancer and stroke patients having to travel miles for hospital care.

It was the perfect setting for our ‘Remain and Transform’ message. People here voted strongly for Leave in the 2016 referendum, a reflection of frustration, anger and fear for the future that is the condition of so many of Britain’s seaside towns.

They were driven to Destination Despair by the Tory government’s austerity tour, but they didn’t have any say in the direction of this bus, or on the privatisation of public services, or the dreadful state of their rail link to York – once an hour – no kind of service at all for a resort town.

Scarborough was a reminder that it is time to redouble support and investment for communities and regions bypassed by the far-away Westminster elite.

Neglect translates into anger with the political status quo, and that’s what we clearly heard in 2016. More and more however, it is focusing on the right place: Westminster, which went for austerity rather than taxes on the multinational companies and the rich, that further carved away at workers’ rights and failed to act on the desperate state of the natural environment, on land and at sea.

At conference we had a ‘Remainer Now’ stall, staffed by people who’d once voted leave. We had an ‘Our Europe’ rally that focused on the positive values of EU membership – the free movement that offers Britons, old and young, the freedom to roam the continent, to work, to retire, to love, to simply enjoy.

The mood was buoyant – unsurprising after our resounding success in the European elections, which swelled the ranks of Green MEPs from three to seven. Total membership of our European Group more than doubled.

Membership numbers are continuing to rise on the back of this success, we have more Green councillors across England and the latest poll on voting intention suggests that at the next General Election we will see the equivalent of three million people voting Green.

So what is driving this green wave? A Green Party vote isn’t simply about staying in Europe. It goes further. Our voters want us to be tough on the causes of Brexit and we are.

The Green Party at the polls has become part of the defence against the shameful rise in hatred of immigrants which at its most extreme turns to despicable acts of violence, but is all too commonly heard in everyday abuse and insult.

We believe hatred and intolerance of difference becomes even more entrenched when barriers go up to stop freedom of movement. We want people young and old to be able to live, learn and love in other countries. This intermingling can be transformative – breaking down prejudice and cultural misunderstandings and creating new ways of looking at the world and the way we shape society.

Some of the most progressive environmental legislation on air and water quality has come from Europe. I met Scarborough residents at conference concerned by the lack of blue flag beaches. They were campaigning for more action from the Environment Agency and Yorkshire Water to tackle the sources of sea water pollution. Having a European bathing water standard to aim for, made the problems (and solutions) more visible.

One of our Green councillors moved to Scarborough from London on a doctor’s advice. He had a chronic eye inflammation caused by traffic fumes. Fifteen years on, cities such as London, Leeds and Birmingham are still failing to even get close to European air quality standards. Why would anyone who cares about their health or the health of their loved ones want to turn their back on progressive efforts to change that?

When we focus on the most urgent environmental issue that no-one can tackle alone – climate chaos – it is inspiring to see school children across Europe standing up for their future.

Because one thing is clear: on no account should we replace collaboration from a strong position with our European partners, for a standalone, unbridled government backed by climate change deniers.

Jonathan Bartley is co-leader of the Green Party of England and Wales.

5 Responses to “Jonathan Bartley: The Greens are standing up for Leave communities”