Everyone is flirting with the four day week. It's time we committed to it for our future's sake. 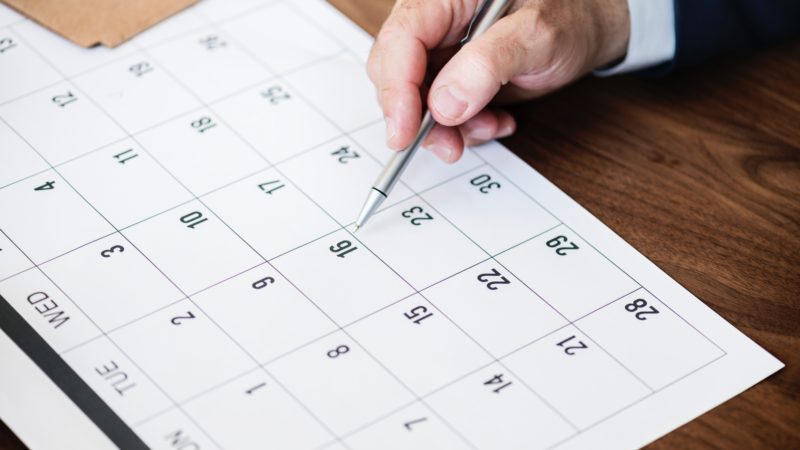 If you thought policy could never be cool, think again, because this piece of potential legislation has been on everyone’s lips in the last few weeks.

From gracing the pages of most national newspapers (and even being the splash of a very infamous tabloid) to becoming one of Momentum’s flagship campaigns, the idea of a shorter working week has taken Britain by storm.

It’s easy to understand why working less for the same amount of cash is appealing – who doesn’t feel less stressed after a bank holiday weekend? But the benefits of a shorter working week go beyond an extra night to go out on the lash.

And for those thinking the measure is a little outlandish, you’d only have to remember that our current seven day week is a relatively modern thing, fought for an won by trade unions in the 20th century.

“This idea has a rich history: we’ve moved from a seven day week to a six day week to a five day week. The weekend was only really normalised after World War II. It’s about time we continued this progressive trend.”

An idea with many options
Currently the main proposal on the table is to reduce the working week to four days without loss of pay. It’s mostly known as the Four Day Week and is supported by the Trades Union Congress (TUC), the Green Party and Momentum, as well as known to be a favourite of Scottish National Party and Labour MPs.

But there’s other options available, including the proposal of a 21 hour week, which has been promoted by the New Economics Foundation (NEF) for a long time. There’s even a bid for a 9 hour week that made the front page of The Daily Star two weeks ago. The idea was proposed by the Autonomy think tank, who found out that the reduction would help Britain prevent a catastrophic 2C temperature rise .

One policy, many benefits
Environmental protection is perhaps one of the least thought about consequences of a shorter working week. According to another Autonomy report, a 25% decrease in working hours would result in a 30.2% reduction in our carbon footprint. That’s in part because we would have more time to travel and so chose cleaner forms of transportation. Less work, fewer late night Deliveroos, more strolls down to the farmers’ market.

Believe it or not, for the economy, the four day week also means a considerable boost too. Work would be more evenly distributed, lowering unemployment rates, while reducing stress levels and improving productivity. Plus, businesses looking to automate some of their processes could do so without firing staff, meaning the British economy could develop without a negative social impact.

Your mental health too would see the improvements of a four day wee. Absenteeism is expected to drop, as would anxiety, depression and other intensive workload-related illnesses. This would mean reduced costs in sick-days for companies, as well as the burden these conditions place on the NHS. Importantly, it would significantly improve workers’ quality of life by addressing the unhinged work-life balance of our current system.

Above all, if you’re a progressive person with a penchant for democracy and women’s equality the four day week is definitely for you. Because shorter working weeks for all would result in a more equal division of reproductive labour (i.e.: cooking, cleaning and caring for others) which tends to fall predominantly on women. It would also give everyone more time to get involved with politics – from going door-knocking and attending MP surgeries to getting involved with your local community and organising village fêtes.

Everybody loves it
And perhaps the best thing of all is that Britain can not get enough of the idea. According to a YouGov Eurotrack survey from earlier this year, 63% of Britons support a four day working week. A further 71% think it would make people happier, and 45% think it would make us more productive.

“We have created a model of work which systematically robs us of the time we have, and yet we are far less productive and far less happy than a number of our more leisurely European neighbours. To continue with this model is madness. A four-day week would not only transform our lives by freeing us to spend time with our loved ones and in our communities, it could also be a central plank in a series of radical reforms which ensure that the economy works for everyone.”

That’s why 45% of workers told the TUC that a four day week would be their ideal work setting, with nearly 25% going as far as supporting a three day week.

With the world changing so much, so quickly, especially where work and our relationship with it is involved, politicians should take note. A four day week is not just another pipedream of the “snowflake generation” – it is the future awaiting to happen.

Joana Ramiro is a freelance writer, broadcaster and producer living in London. You can follow her on Twitter here.