The organisation has courted US donors and argued for the shredding of regulations. 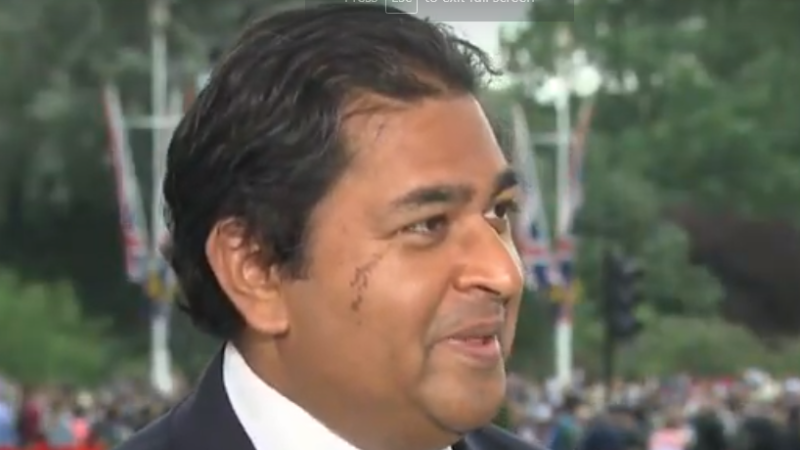 With Donald Trump in town, broadcasters have a huge demand for ‘experts’ who can discuss a potential UK-US trade deal.

A secretively-funded group called the Institute of Economic Affairs (IEA) seems more than happy to oblige.

This morning, the IEA’s director Kate Andrews was on Radio Four and later the organisation’s trade director Shanker Singham was on Sky News arguing in favour of a trade deal.

So who are the IEA? They describe themselves as a think tank. Their name is bland and technocratic and their donors are secret.

But an investigation by Greenpeace’s Unearthed unit last July uncovered that they were trying to shape the UK’s Brexit and trade policy and court US donors.

Undercover reporters saw the IEA’s director-general Mark Littlewood tell a room full of US businessmen that Brexit offered the opportunity to “shred” EU regulations as he appealed for their help.

Littlewood made the comments on a 13-stop US tour which he described as “lucrative” and on which he sought donations for the IEA – which are not declared.

The undercover reporters were told that Singham in particular is very well-connected within government.

“I’m telling you, that dude has access,” said Michael Carnuccio, the the head of an Oklahoma-based think tank who agreed to raise thousands of dollars for the IEA, mainly from US donors with agribusiness interests.

Carnuccio said he told potential donors that Singham’s access and influence was a reason they should donate.

US food standards are often lower than the UK’s and EU’s so there is a fear that a trade deal could make the UK’s food more unhealthy – with chicken washed in chlorine for example.

After Greenpeace’s revelations, Labour’s John Trickett wrote to the Charity Commission asking them to look into the IEA’s charitable status.

The charity commission did investigate and described the allegations as “serious”.

In February 2019, the charity commission issued an official warning against the IEA after finding its trustees breached charity law over a Brexit report authored by Singham.

The IEA have denied all wrongdoing. A spokeswoman told Greenpeace: “Prospective donors and a fellow think tank see benefits and mutual interests in making the case for free markets and prosperity in which we all have a vested interest.”