If the company can't be saved, it should be nationalised, says the trade union. 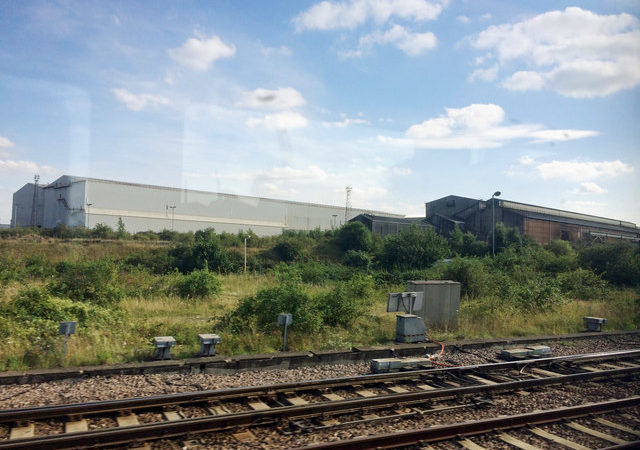 Trade union Unite has called on the government to nationalise British Steel if it can’t be saved.

The steel company is owned by an investment fund called Greybull capital and employs around 4,500 people – many of whom work in their Scunthorpe factory.

The private company is asking for a multi-million pound loan from the government. Initially, they were asking for £75m but this has been reduced to £30m. They have already received a £100m government loan.

Unless a deal is reached by this afternoon, the firm could go into administration within two days.

Administrators would try to sell off assets to rescue the company but they could close it down.

“While Unite is in continuing dialogue with British Steel and the UK government, we are very clear that if a deal cannot be struck to secure the long term future of the steelmaker under private ownership, that the government must bring it under public control in the national interest.”

“British Steel’s success is key to any future UK industrial strategy. It is a strategically important business which supplies other UK steelmakers with product and provides 95 per cent of UK’s rail tracks.”

“Sustaining over 4,000 jobs across the UK and a further 20,000 in the supply chain, it would be an economic catastrophe if the worst were to happen and government was to allow British Steel to collapse. It is a national asset supporting UK Plc that cannot simply be left to the market.”

“While Brexit uncertainty has undoubtedly hit the steelmaker’s order book and high iron ore prices have increased operating costs, many steelworkers will be questioning how Greybull could find the finance to fund the acquisition of a French steel works last week while pushing British Steel to the brink of collapse.”

“Greybull has a business model and history of collapsing successful businesses to line its own pockets. If it thinks it is going to run off into the sun with tens of millions of pounds after allowing the collapse of British Steel into administration it can dream on. This is a national asset and we will not allow that to happen.”

“Going forward ministers must tackle the underlying problems facing the steel industry that has been hit by Brexit uncertainty and high energy costs which leave UK steelmakers paying twice as much for electricity as their competitors in France and 50 per cent more than in Germany.”

“The government must also use its buying power to put UK steel at the heart of major UK infrastructure projects as part of a joined up industrial strategy that supports UK manufacturing.”

The company’s problems are partly caused by uncertainty around Brexit.

European Union customers have been put off from buying the company’s products because they are not sure what, if any, tariffs will be in place when delivery is made.

“This should be a wake-up call for the Government. It’s clear that UK steel producers aren’t able to cope to with the significant business uncertainties caused by Brexit.

“The collapse of British Steel is damning indictment of the Government’s plan to leave the EU with a total disregard for people’s jobs and communities.”

“We know now the only deal that protects jobs and British industry is our current one as a member of the European Union. That’s why I’m backing a final say with an option to stay.”