Its governer talks the talk but needs to walk the walk 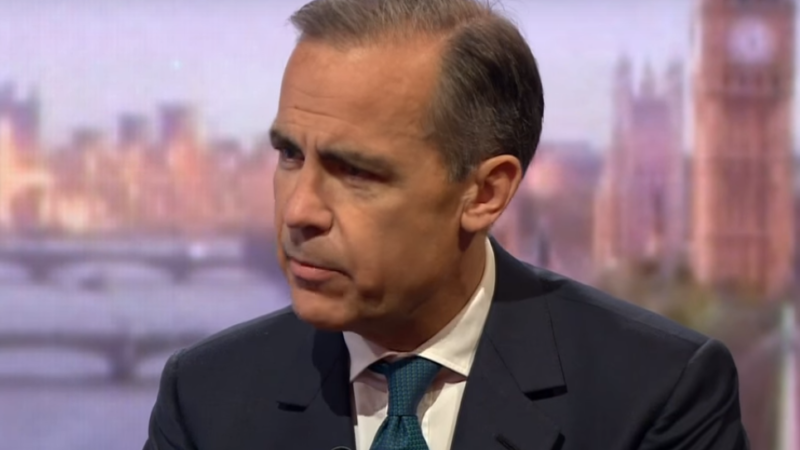 Building on the momentum of school strikers and Extinction Rebellion protestors, all of us who care about climate change must now turn to one of the biggest beasts fuelling the crisis – our money and banking system.

Sitting at the heart of that system in the UK is the Bank of England.

Earlier this month its governor Mark Carney broke with convention by publicly calling for “a massive reallocation of capital” to avert climate catastrophe.

This was a major breakthrough in our campaign to #GreenTheBoE and served as a much-needed wake-up call to the world’s private bankers, investors and regulators.

On top of which, he also revealed the Bank of England would disclose how it manages financial risk from climate change across its entire operations.

But despite these positive steps, Carney has done next to nothing to shift the Bank of England’s own money away from fossil fuels.

And so, alongside Fossil Free London, we took action outside the Bank of England this morning to demand he put his money where his mouth is. He must stop funding climate breakdown and start pushing us towards a green transition.

As governor of the Bank of England, Mark Carney has the power to unleash billions of pounds in green investment.

Since 2009 the Bank of England has already created £445 billion of new money in our economy in a process called ‘quantitative easing’ (QE).

QE was meant to revive and benefit the whole UK economy. But via its corporate QE programme the Bank has instead helped subsidise the very fossil fuel companies which have knowingly accelerated the crisis, including the likes of Shell and BP.

More QE could very well be undertaken this year in response to a Brexit shock or another recession.

So our demand is this: if more QE is necessary, we should use those newly created billions to fund the green transition instead.

It’s this kind of investment that could build the foundation for a Green New Deal.

Furthermore, as the most powerful regulator in our financial system the Bank of England could also enforce tougher regulations and actively penalise private UK banks for their carbon-intensive lending, and in doing so drive them towards more sustainable activity as well.

The Bank already uses tools like this to reduce risk in the housing market so why not the climate emergency too?

This sort of thinking is already rising in the ranks of the Labour Party, following John McDonnell’s announcement of a consultation on changing the Bank’s mandate to reflect the climate crisis – another proposal we outlined in our ‘Green the Bank of England’ report released last May.

Our central bank could play a leading role in addressing the climate crisis by refusing to fund fossil fuels and push for a green transition – but it will not do this without pressure.

Join us, and demand Mark Carney put his money where his mouth is, before it’s too late.

Hannah Dewhirst is a campaigner at Positive Money