Imam Sis, from Newport, is on hunger strike against Turkish human rights abuses 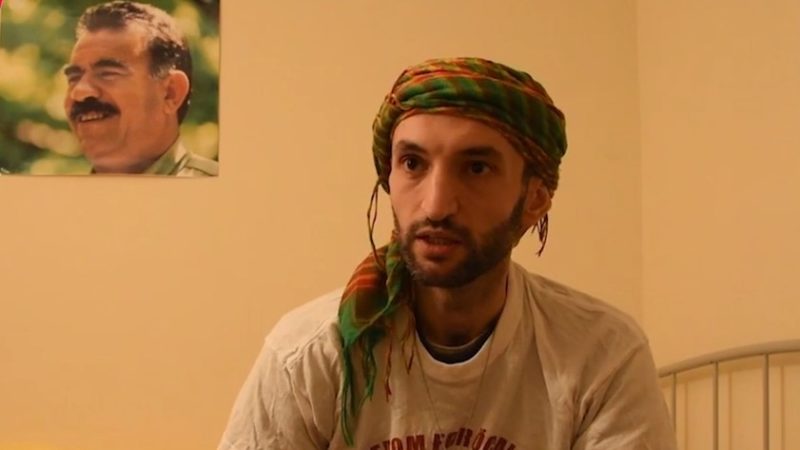 My friend and comrade Imam Sis, a Kurdish-Welshman from Newport, is close to death.

I’ll say his name again, because God knows he hasn’t had the attention he should have had to date: Imam Sis.

He has not left the Kurdish community centre in Newport since beginning his hunger strike and takes only drinks and vitamin supplements.

He is currently on day 135 of his hunger strike and his health is now failing.

A caring, thoughtful; and honourable man, Imam’s only concern is seeking justice for his brothers and sisters in their Kurdish homelands.

He is on an indefinite hunger strike, alongside 300 of his compatriots, to protest the Turkish state’s treatment of the Kurdish leader Abdullah Öcalan, who has been held in on-and-off solitary confinement since 1999, in contravention of international law.

The hunger strikes were triggered by Leyla Güven, a democratically elected Kurdish MP in the Turkish Parliament and who is now nearing death having refused food for 176 consecutive days. Seven of those who were on hunger strikes in Turkish prisons have committed suicide.

This is a situation we cannot ignore.

With a population of over 40 million, the Kurdish people are arguably one of the largest stateless nations in the world and have suffered great oppression – particularly from the Turkish state.

According to human rights organisations since the beginning of the Kurdish–Turkish conflict some 40,000 people have been killed and 4,000 Kurdish villages have been destroyed.

The Kurdistan Workers Party (PKK) is currently on the UK government’s proscribed list despite standing against racism and terrorism – proactively fighting and defeating Isis on several fronts in Iraq and Syria.

Protests and demonstrations have also been held across the world, including here in Wales, to press governments to put diplomatic pressure on Turkey to end Ocalan’s solitary confinement and to allow his family and legal access.

In March, I was proud when Wales became the first country in the world whose parliament expressed solidarity with the Kurdish hunger strikers.

But the UK Government in particular must do so much more to demand that Turkey abide by internationally agreed treaties on human rights, break the isolation and allow Öcalan legal access and the right to see his family.

The silence of the Tory government on the abuses of Turkey is deafening.

There are currently 8,000 Kurds held as political prisoners and it is believed by many that freedom for Öcalan is the precondition for a peaceful resolution of the Kurdish question in Turkey.

The international campaign for freedom for Öcalan and reconvening of peace talks between the Turkish government and PKK has support from academics, lawyers, trade unionists and activists worldwide.

Send a letter. That’s all the UK Foreign Secretary needs to do.

I am proud to call Imam a friend. It is impossible not to be inspired by him.

At first, that might seem like a contradiction, but actually it’s in keeping with this phenomenon that many sub-state nations experience—that of asserting a positive in the face of a challenging negative.

That’s something that small nations with more powerful neighbours, like the Kurds, like the Welsh, will have an affinity with, and in that light, Imam’s resolution, though drastic, though concerning, is actually not paradoxical at all.

At the end of the day, this is about human rights and ending the enforced solitary confinement of a political prisoner.

And the life of a Welsh citizen—Imam is 32; he’s a year older than me, and he might die.

We in Wales have a tradition of calling out injustice internationally, when people from other parts of the world come to Wales to make their home, we are enriched, and when they suffer, we suffer, too.

Wales has already stood up for the Kurds. It’s time for the UK Government to do the same.

Delyth Jewell is a Plaid Cymru member of the Welsh Assembly for the South Wales East region.

3 Responses to “My friend is dying for Kurdish human rights: the UK must support him”