Unless people in the North-West turn out and vote, Robinson could be representing them in Brussels 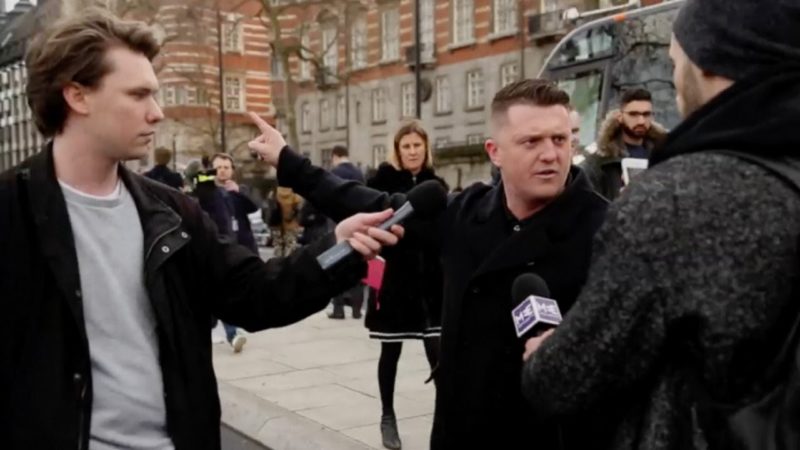 An anti-fascist group has warned that, unless people in the North-West register and turn out to vote in the European elections, far-right activist ‘Tommy Robinson’ could be elected to the European Parliament.

Hope Not Hate says its polling shows that just 9% of Brits have a favourable view of Tommy Robinson but warns that, if turnout is low, that could be enough to get him elected.

Robinson, whose real name is Stephen Yaxley-Lennon, is running as an independent candidate for the North-West of England region.

Only 9% of those in the North-West have a positive impression of him but he only needs 8.9% of the vote to be elected.

Hope Not Hate’s polling suggests that those who voted UKIP in 2015 are more motivated to vote than the general public, which could help Robinson get elected.

Hope not Hate said: “It would seem that a low turnout would benefit right-wing populist and far right parties, as well as Stephen Lennon (aka Tommy Robinson), whose supporters are likely to be very motivated to vote.”

Turnout in European elections is usually much lower than in general elections.

In 2009, Nick Griffin was elected as a British National Party MEP in the North-West after winning 8% of the vote. The turnout in this election was just 34.5%.

Robinson is a violent criminal, convicted fraudster and the former leader of the Islamophobic English Defence League.

The European elections will take place on 23 May and readers can register to vote here.

15 Responses to “Low turnout could get Tommy Robinson elected”