Nicola Sturgeon has signalled plans to scrap a tax cut for air travel. 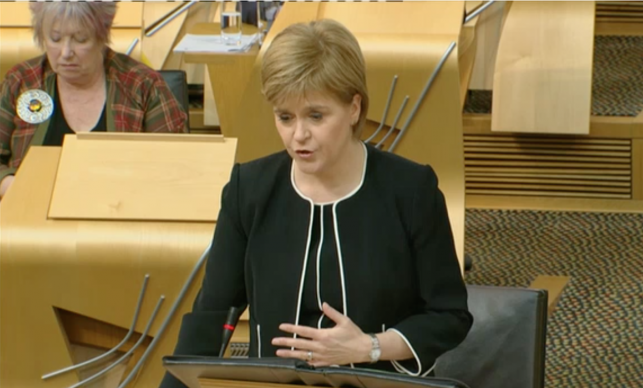 The Scottish First Minister has indicated she is considering dropping the plans for a £150 million tax break for the airline industry.

Nicola Sturgeon signalled a U-turn on cuts to Air Departure Tax (ADT), following repeated calls from climate campaigners and other parties for her to scrap her proposal, the Press & Journal report.

The Scottish government planned to replace the APD and cut the rate by 50%, before eventually abolishing the tax entirely.

However, Scottish Labour, the Greens and the Lib Dems have been putting pressure on for them to keep the tax, while the Tories pressed for a cut.

The u-turn follows the Scottish government declaring a climate emergency. On Wednesday, climate campaigners, conservation groups and energy organisations praised the Scottish Government’s ‘swift action’ to get tougher on climate change, after the SNP announced that Scotland will stop contributing to climate change within a generation.

Amendments to the Climate Change Bill have been lodged that will see Scotland reach net-zero emissions by 2045 and become carbon neutral by 2040.