"As we aim to reduce Driver incentives to improve our financial performance, we expect Driver dissatisfaction will generally increase." 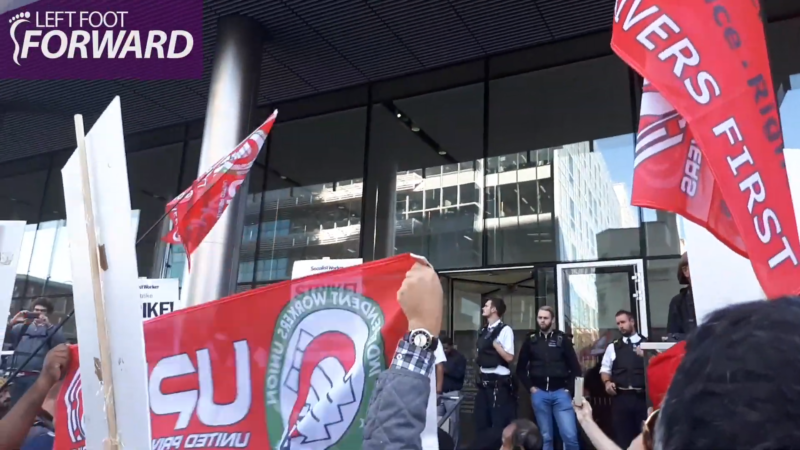 Uber made its S1 filing with the US Securities and Exchange Commission on Thursday night – a critical step on the way to an imminent stock market flotation.

The filings revealed much about Uber’s business model and provides an ominous prospectus to investors.

In particular, the company note that a ‘significant number of drivers’ are currently pretty angry at the company.

Yet Uber also revealed that the company plans to ‘reduce driver incentives’. This is from the filing, which outlines risks to investors. Here’s one such ‘risk’:

” To the extent that we experience Driver supply constraints in a given market, we may need to increase or may not be able to reduce the Driver incentives that we offer without adversely affecting the liquidity network effect that we experience in that market.”

The filing goes on:

“While we aim to provide an earnings opportunity comparable to that available in retail, wholesale, or restaurant services or other similar work, we continue to experience dissatisfaction with our platform from a significant number of Drivers. In particular, as we aim to reduce Driver incentives to improve our financial performance, we expect Driver dissatisfaction will generally increase.

“…We also take certain measures to protect against fraud, help increase safety, and prevent privacy and security breaches, including terminating access to our platform for users with low ratings or reported incidents, and imposing certain qualifications for Drivers and restaurants, which may damage our relationships with platform users or discourage or diminish their use of our platform.

“Continued Driver dissatisfaction may also result in a decline in our number of platform users, which would reduce our network liquidity, and which in turn may cause a further decline in platform usage. Any decline in the number of Drivers, consumers, restaurants, shippers, or carriers using our platform would reduce the value of our network and would harm our future operating results.”

“Once again, greed reigns in Silicon Valley greed with Uber founder Travis Kalanick set to make around $9 billion from the IPO while drivers are offered a miserly $76 each on average. The company warns investors that drivers are deeply dissatisfied but, rather than address their concerns, management instead promises to slash pay further.

“Uber has been forced to recognise our 2016 Employment Tribunal victory [which Uber lost an initial challenge to], which they plan to appeal at the UK Supreme Court, as a material risk to their business. Investors should therefore think carefully before betting on a business model reliant upon illegal exploitation of workers and demand Uber clean up its act before a stock market flotation not after.”

Uber plan to offer Drivers a $300 million ‘appreciation’ package in the event of a successful flotation. However, the IWGB say that with 3.9 million drivers registered on the platform, that equates to an average of $76 each.