The report shows that workplace racism is still far too common 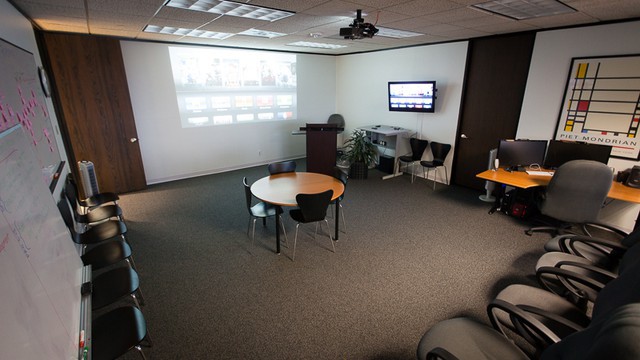 The evidence of the extent of racism in the workplace has been reinforced by a new Trade Union Congress (TUC) survey.

The TUC’s ‘Racism Ruins Lives’ report interviewed around 5,000 people between December 2016 and February 2017.

Wilf Sullivan, the TUC race equality officer, said: “This report shows that racism in the workplace still plays a major role in the life experience of Black and Minority Ethnicity (BME) workers. This report also highlights the need to think intersectionally about the experiences racism in relation to gender and sexuality.”

One black woman, who advises on safeguarding and child protection said in the report: “I’ve had three workplaces where I’ve had to bring grievances that were race related (racist in nature)…You can never absolutely prove it…It’s insidious.

The ignoring you is as bad as the shouting at you…I ended up on anti-depressants and suicidal. It makes you forget who you are, your strengths, your abilities. I’m a skilled intelligent woman who’s worked for 35 years and I ended up barely able to send an email.

It’s like the perpetrators don’t realise. Leaves you powerless. I’m having to leave my job and take a 10k wage reduction for a short-term post instead of my permanent one. It’s either that or my life. My children/family have insisted. They want me alive.”

1. Racial harassment at work is widespread

The report says that “racism remains a widespread and endemic feature
of everyday working life in Britain”.

Over 70% of the Black and Asian respondents said they had experienced racial harassment at work in the last five years.

The most common form of racial harassment was reported as ‘verbal abuse and racist jokes”.

One respondent, who works as an administrator, said: “It is common practice to make racist jokes and pass racist comments on a daily basis.”

Another said: “I was on the receiving end of Jewish jokes that my work colleagues thought were just banter.”

Bullying and ignorant and/or insensitive questioning was also common.

One Asian respondent said: “During religious periods such as Ramadan and Eid, I face insensitive questioning regarding basic practices such as fasting.”

“Apparently, it’s backward and I’m not living in the Middle East and should therefore refrain. Racialising is frequent,” he said.

Around 11% of Black, Asian and Mixed heritage respondents said they had experience racist violence at work.

Around 6% of respondents categorising themselves as ‘White Other’ had also experienced racist violence.

The study found that those working on temporary contracts, working less than 16 hours a week and working for small or medium sized business were more likely to experience racism in the workplace.

According to the report, “a considerable number” of black women reported being pressured or forced to straighten their hair or being objectified in hyper-sexualised ways.

According to one respondent: “When going on a team night out [I was told that] ‘I’ve got a black girls bum haven’t I?’ ‘I can dance like a black girl’”

Other black women reported having colleagues touch their hair. “I have been touched and petted like an animal by complete strangers in the
workplace. Made to feel like a curiosity,” said one.

“In light of this,” the report said, “future discussions on how to address workplace racism must also recognise that racism occurs alongside sexism, homophobia, transphobia and disablism, thus making some people vulnerable to multiple forms of discrimination and domination.”

5. Brexit and Trump’s election have made the problem worse

“For many respondents”, the report said, “Brexit and the election of President Trump have made their situation at work considerably worse.”

“Racist political views are expressed especially with the recent Brexit and
Donald Trump vote. And people have openly expressed their disregard for what they describe as “foreigners”,” said one respondent.

One white male civil servant added that, “since the Brexit fiasco, casual racism is an hourly occurrence.”

An African man working in the NHS said: “From patients as well – questions about where I come from and my immigration status prior to the Brexit referendum and after the result a patient stating that they look forward to the day all the foreigners who had come here from 1960 were going to be sent back to their countries as they had voted to move out of the EU.”

6. Experiencing racism is bad for your health

The report found that “workplace racism can have a significant impact on peoples’ physical and emotional wellbeing”.

Of the Asian, Black and Minority Ethnic respondents who had experienced racism racism in the workplace, 55% said it had affected their mental health.

Around 28% said racism had affected their physical health and the same percentage said they had to take sick leave as a result.

7. Non-white people continue to be thought of as intellectually inferior

The report said that “the personal statements provided by survey participants also draw attention to the ways in which contemporary workplace racism is rooted in forms of racial thinking that once underpinned imperialism, colonialism, slavery and scientific racism.”

“For example, people racialised as non-White continue to be thought of as ‘intellectually inferior’ to White people, ‘child-like’, ‘degenerate’ and ‘subhuman’.”

8. Non-white people are still thought of as beloning to ‘uncivilised’ places

“People racialised as non-White were also framed as belonging to places
characterised as ‘dirty’, ‘wild’, ‘uncivilised’ and ‘backwards’,” said the report.

One African woman working in the private sector said she was asked: “How did you manage to sleep on the tree, as you people live in jungle?”

When another woman left her job to go to Zimbabwe to care for her parents, the notice for her leaving do said she was “going to
live with goats and monkeys”.

One white man said he saw a Black African chef being told he would only have experience of cooking people and mud.

According to the report’s author: “A worrying number of White British participants used the survey to downplay the nature and extent of workplace racism, express various forms of White resentment and/ or allege the pervasiveness of ‘reverse racism’.”

“This included expressing opposition to attempts to promote equality, diversity and inclusion in the workplace, while also opposing ‘positive discrimination’ and ‘political correctness’.”

“This was commonly expressed as a belief that contemporary society is organised in such a way that it disadvantages White, working class, straight men.”

10. There are concrete measures that can be taken to combat workplace racism

The report outlined recommendations for government, trade unions and employers.

Among these were the extension of anonymised application forms, making employment tribunal panels more diverse and a TUC review of how their unions are combatting racism.

Another recommendation was for the government to change the Protection from Harassment Act to make employers responsible for protecting their employees from racism from third-parties. Third parties include contractors, clients and contractors.

The report also said that there should be an immediate review of the implementation of the ‘code of practice on the English language requirement for public sector workers‘.

“New legislation should be introduced guranteeing employees the legal right to have their ‘language proficiency’ assessed free of charge by an independent expert, while also ensuring employees are given the opportunity to receive additional learning support if necessary.”

Joe Lo is a reporter for Left Foot Forward and a freelance journalist.