Heidi Allen MP said her party was the 'only one' pushing for a fresh referendum. Ahem... 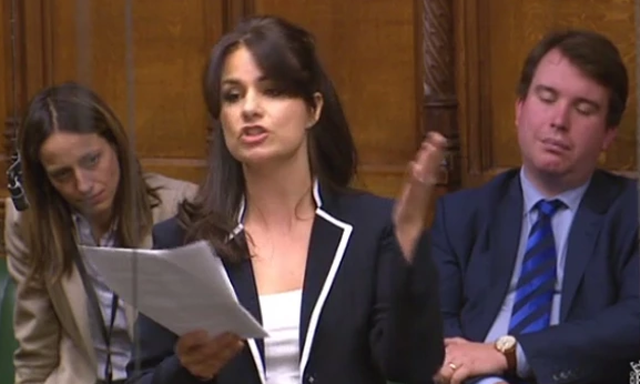 Some lies in politics are only unearthed after months of digging. Others are much more blatant…

So this from the Independent Group’s Heidi Allen (a former Tory MP) had people rather riled up:

Make no mistake, we are getting ready for these elections – @TheIndGroup will be the only ones giving a voice to the millions of voters who want a confirmatory vote on leaving the EU. Join our fight 💪https://t.co/eFdpLr5kva https://t.co/XnV8MKxyKr

The ‘only ones’ to back a public vote on Brexit? People on Twitter were quick to point out that the Green Party and the Lib Dems have been calling for a ‘People’s Vote’ long before the Independent Group even existed.

The SNP and Plaid Cymru have also long backed a fresh referendum, giving voters in Scotland and Wales a strong Remain voice.

Many were confused as to why Allen would be so nakedly partisan when the EU elections operate under a proportional list system, one which endears itself to alliances.

Plenty of Labour’s candidates for the European elections are likely to back a fresh referendum. Indeed, the party’s current leader in the European Parliament has been at the forefront of such calls, with Richard Corbett MEP demanding Article 50 be revoked if there’s no Brexit deal.

“Currently the Independent Group is a hashtag and a collection of branded lanyards.

“In these elections, the Liberal Democrats are the party of remaining in the EU, we have 100,000 members and a supporter base across the country working hard to secure that.”

The Greens’ Baroness Jenny Jones – a former Brexiteer – hit back at Allen’s claim:

Heidi, this is a lie. You diminish your subsequent views by lying now.

Sian Berry AM, co-leader of the Green Party, said:

“The Green Party has called for a People’s Vote on Brexit since the start. But we also want to tackle the intolerable inequality and insecurity which fuelled the Brexit vote in the first place.

“So if you want to vote for a party demanding a People’s Vote and looking to fix the root causes of Brexit – not repeat the mistakes of the past – vote Green.”

“It doesn’t fill you with hope that ‘Change UK’ are going to change anything if they keep pushing these myths. Plaid Cymru was one of the first parties to back a People’s Vote and that is the platform we will be running on”

With nearly every reply to Heidi Allen’s tweet condemning the ‘lie’, the Independent Group don’t come out well from this. Particularly as they’ll need to work with other parties to secure a lasting foothold in British politics…

The Independent Group are currently recruiting for MEP candidates. This might not be the best way to convince people of the party’s credibility…