There are some fairly dodgy figures being thrown around... 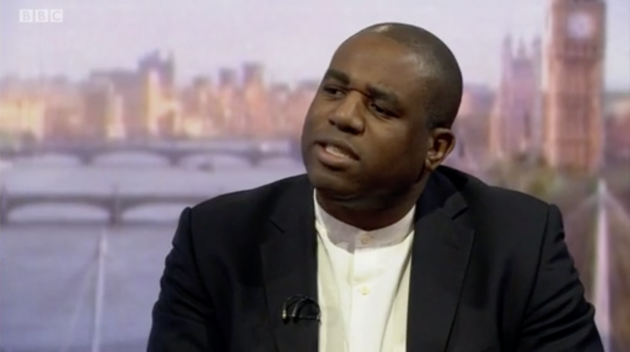 “A customs union is still a hard Brexit,” said David Lammy MP last Sunday. “Services are not covered and that’s 80% of our economy.”

A number of Labour MPs have been dismissing the party’s policy favouring a customs union with the EU recently. They claim that the policy is flawed because it does not touch the 80% of the economy which is composed of services.

They could be accused of making the classic error of rejecting a good policy because it is not perfect. “Don’t make the best the enemy of the good” is an old political maxim. But has the front bench got its priorities wrong? Or have the critics got the economics wrong?

The 80% figure relates to overall GDP. But the policy deals with trade – the free movement of goods and services. That the service sectors account for a large part of overall output is not the relevant measure for decisions on trade.

The WTO provide statistics on global trade which show that two thirds of UK trade is in goods, and only one third in services. In 2017, the figures were 66.2% goods and 33.8% services. The fact is that most services are not tradable. That 80% figure includes the police, the armed forces, schools, the NHS and public administration. Even those sectors which are tradeable are frequently focussed on domestic markets. Estate agents, for example, do have overseas clients but most properties are bought by UK residents.

Secondly, WTO data also show that trade in services is less focussed on the EU. While 48% of goods exports are to the EU only 37% of services exports have the EU as their destination. The equivalent figures for imports are less stark but goods imports are 53% from the EU compared to 50% for services imports.

A final point is that services face fewer barriers to trade and so less policy action is needed to ease trade in services. There are no tariffs or quotas on services. Services are not generally stopped at the border to be checked. Equally, there is no need for “rules of origin” in services trade and so no checking of the local content of services provided.

Both goods and services need to meet regulatory standards and so it is true that a customs union does not reduce all frictions on trade. Labour’s policy consequently seeks regulatory alignment with EU standards for both services and goods.

The importance of a customs union is twofold. Firstly, it is difficult to craft a solution to the problem of avoiding a border on the island of Ireland without one. The imperative of sustaining the peace process in Northern Ireland is a major impetus behind Labour’s advocacy of this arrangement.

Secondly, goods trade is vital to the cross-border supply chains involved in much manufacturing industry. Imported goods include the raw materials and components for industrial production, including that which goes for export. As long as production is organised with different processes in different countries, facilitating the movement of goods across borders will be vital to maintain a healthy manufacturing sector.

Given that the weight of UK trade is in goods, it is understandable that Labour policy should give priority to goods trade and a customs union. Describing this as ignoring 80% of the economy is false. It should not be surprising that Labour’s front bench have a better grasp of the economic evidence than their critics.