The case was brought by the IWGB union 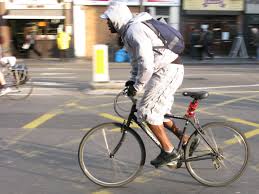 Hundreds of couriers are now set for full employment rights after a court told Addison Lee it could not appeal an employment tribunal decison.

The case was brought by courier Chris Gascoigne and the International Workers of Great Britain union.

They argued that Gascoigne, and hundreds of other couriers, were workers and entitled to rights like holiday pay and the minimum wage.

Two employment tribunals ruled in Gascoigne’s favour – with one judge also criticising the company’s attempts to “frighten” Gascoigne off from challenging them.

Now, the Court of Appeal has refused to grant the company permission to challenge these employment tribunals’ rulings.

“I’m glad that after years of fighting this in the courts, there is now no question that I was a worker and entitled to employment rights.”

“This case wasn’t just about me, but about all the other hundreds of Addison Lee couriers that were on exactly the same contract that I was on.”

“I hope with this victory the company stops acting unlawfully and grants all couriers the rights they are legally entitled to.”

“After several years of a delay strategy Addison Lee has now come to the end of the road.

“The company is unlawfully depriving their couriers of employment rights and its defence is unarguable.”

“It’s time for Addison Lee to accept it has lost and start giving its couriers holidays, pensions and other basic rights.”

Addison Lee has been accused of blacklisting in the past – after a manager told a courier they would not hire him because he had taken a previous employer to court.

During this exchange, the manager said that his company was going to lose the tribunal and that these court cases “cost the company a fortune”.

Couriers who want to claim their backpay will still have to go through the courts but this decision will make it a lot easier.

This case only relates to couriers. Addison Lee’s minicab drivers are pursuing a similar case but that is on hold until there is a decision in the Supreme Court on Uber.