The government is hindering London's fight against knife crime 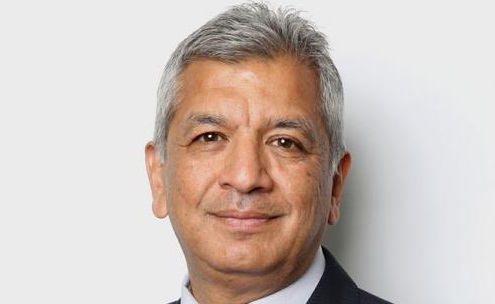 The scourge of violent crime continues to devastate families and communities across London, but it has always been clear that we are facing a much broader, national emergency that demands national leadership.

It is also more vital than ever that the Government starts to listen to, and works more closely with, London’s City Hall to find and implement solutions.

The Mayor of London and the Chief of the National Police Chiefs’ Council (NPCC), Sara Thornton, have been right to urge the Prime Minister to call a COBRA meeting on violent crime.

At the latest London Assembly Police and Crime Committee meeting, these calls were echoed by the Assistant Commissioner of the Metropolitan Police, Sir Stephen House and the Deputy Mayor for Policing and Crime, Sophie Linden.

Despite this unified chorus of voices, the Prime Minister has instead given vague and dilute assurances that she will be arranging a ‘knife crime summit’ in the next few days.

This is a golden, if not belated opportunity, for the Government to finally step-up and take co-ordinated action on the myriad and complex causes of violent crime. However, it seems that we are being sadly let down yet again by the complete lack of consensus in the Cabinet about how to confront the issue.

To begin with, it was incredibly frustrating to hear the Prime Minister flatly deny that there is a “direct correlation between certain crimes and police numbers”, only to see a Number 10 spokesperson fail to validate this assertion the next day.

At City Hall, we have been consistently and exhaustively making the case for more resources to be allocated to the Met Police, only for these calls to be rebuked or met with disinterest by the Government.

It is extraordinary that in spite of the multi-faceted and increasingly intractable challenges that the police face in our capital, they remain under the threat of having a total of over £1 billion worth of cuts made to their budget by 2023.

Earlier this week, it was encouraging to see the Home Secretary, Sajid Javid, meet with police chiefs from across the country, with an ostensibly open attitude to suggestions of increased funding. Locking politicians in a room with senior officials is at least a start to finding the solutions needed, but by no means the panacea.

Sadly, as result of this anti-climactic meeting, which had initially promised so much, we seem to be back to square one. It emerged that the Home Secretary, who asked for a £15 million short term funding boost, on the recommendation of the police chiefs, was swiftly rebuffed by the Chancellor.

The Mayor recently announced through his budget an injection of an extra £234 million into policing in London over the coming years. Whilst this eclipses the Home Secretary’s £15 million funding request, it should be put into perspective that this is still not enough for the Met to be fully equipped to meet rising demand.

It is important to underline here that if the Mayor diverted any more of his budget towards policing and crime, other vital campaigns such as homelessness outreach and tackling violence against women and girls would end up facing cuts- as pointed out by Sophie Linden in the last Policing and Crime Committee. This is wholly unsustainable and why the Government needs to intervene.

In his refusal to release extra funding for police forces, the Chancellor said: “I want to see police forces, surging officers from other duties, into dealing with knife crime. Nipping this problem in the bud early and making sure we turn this spike around”.

This statement shows how alarmingly behind the curve he is with the issue and a worrying indicator that the Government has not grasped the scale of the problem. In London, the Mayor has already moved officers from the Road and Transport Policing Command into his Violent Crime Taskforce, a unit of 272 officers dedicated to taking knives off our streets.

The insinuation that police forces are not fully focussed on knife crime is also an added insult to officers who have been put under insurmountable pressures by growing demand on their reduced resources.

Cuts have far-reaching consequences and I recently met with the Chair of the Police Federation, Ken Marsh, to raise concerns about the worryingly low levels of officer morale in the Met.

In terms of “nipping the problem in the bud early”, in 2017, the Mayor launched City Hall’s first ever dedicated anti-knife crime strategy. Last year, he sowed the seeds for his new Violence Reduction Unit, a public health approach vehicle, by introducing a £65 million Young Londoners Fund.

This fund focuses on early intervention projects which aim to divert the most vulnerable young Londoners from becoming caught up in a life of crime and tries to plug the gaps left by almost a decade of austerity.

The Government are failing to see the bigger picture in the battle against violent crime. Effective policing and enforcement needs proper funding, but this also has to be proportionately balanced with interventions in all policy areas.

It is therefore concerning that there seems to be no sense of urgency, or indeed accord, amongst Government Ministers about the need for a national public health approach to tackle violent crime. Whilst the Home Secretary has tentatively leaned towards to the idea of treating violence “like a disease”, the Health Secretary has completely dismissed such an idea.

Going forward, it would be positive to see the Home Office reach out to other departments that could have a role to play to co-ordinate measures to prevent any more tragedies on our streets.

Instead of squabbling amongst themselves, the Government needs to open the conversation surrounding violent crime to local authorities, community leaders and the families and carers of victims.

Unmesh Desai is the police and crime spokesperson of the Labour group of the London Assembly.