UKIP no longer have a single female Assembly Member, as more of the party's politicians jump ship due to the party's far-right turn. 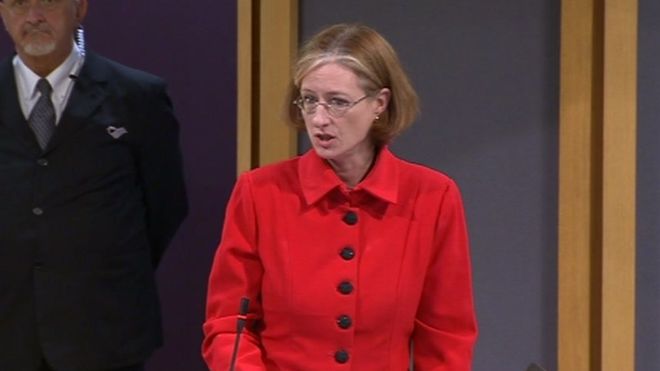 In 2016, UKIP broke through from nothing to win seven seats on the Welsh Assembly. Coming just a month before the EU referendum, it proved a shock to the system – including for UKIP, it seems.

Nearly three years on, UKIP are down to just three members on the Assembly.

In April 2017, Mark Reckless quit the UKIP group to sit as a Conservative AM, though oddly, without being a party member. He left on a ‘positive’ note (his words). But things rapidly went downhill when the struggling party took a lurch to the far-right to boost its numbers.

In January 2018, UKIP Wales announced that Mandy Jones (who had replaced the resigned ex-Kipper Nathan Gill) would not be joining the UKIP group in the Assembly, as she employed members of other parties in her office. Jones refused to budge, describing the UKIP group as ‘toxic’. Her party membership was suspended. It was a taste of things to come.

In September 2018, Caroline Jones, a former leader of the Assembly group, resigned as a party member and from UKIP’s group. She was concerned that UKIP leader Gerard Batten moving the party to the far right – e.g. appointing Tommy Robinson as an adviser.

Now another Assembly Member has jumped ship. Michelle Brown AM – who faced calls for deselection after being recorded calling Chuka Umunna a ‘f*cking coconut’ in 2017 – believes the party is becoming too right-wing.

In a brutal resignation letter, she writes:

“When UKIP should have been holding Westminster to account for trying to thwart the referendum result, the party has been instead discussing individual politicians’ pet projects such as attacking Islam and abolishing the Welsh Assembly. Gareth Bennett, Neil Hamilton and Gerrard Batten are letting the people of Britain down.

“Longstanding members worked exceptionally hard and made many personal sacrifices in the fight to free the UK from the EU, only to have an unelected leader try to hand UKIP’s megaphone to the likes of Tommy Robinson and then become his spokesman and prominent advocate.

“While it is clear that the UK needs a plan to defeat extremism and fundamentalism in all its forms and identities, I fear that the current UKIP leadership believes the best way to do that is to incubate and cultivate a rival fundamentalism.  All sensible people know that route can never lead to the calm and peaceful nation we all want.”

Another reason was the total breakdown in communication as ‘moderate’ AMs became side-lined:

“I can safely say that Gareth hasn’t tried to have a conversation with me since last August, just after he became group leader.  He made no effort to keep Caroline Jones in the group and was a key player in Mandy Jones’s exclusion from it.

“The group does not function as a group but as a boys’ club – it is not by chance that the group no longer has any female members.  It does nothing that is in the wider interest of party members or Welsh residents and seems to serve only to further the interests of certain group members.

“For a party that prides itself on its democratic, libertarian ideals and respect for freedom of speech, it is ironic that behind closed doors, its leaders become autocrats as soon as they take up their positions.”

David Lawrence, researcher at HOPE not hate, is not surprised by the move. He told Left Foot Forward:

“No wonder the last few Assembly Members are fleeing UKIP in Wales: under Gerard Batten the party has been dragged to the far right fringes, consorting with violent, racist criminals and encouraging a gaggle of misogynistic YouTubers into the party to play the victim card and spread bile about others over social media.

“Come election time Batten is going to be sorely lacking the kind of experienced party staffers that can actually run campaigns. And increasingly it looks like a party that isn’t happy to have female elected members, either, or to represent the people of Wales.”

If one more UKIP AM resigns, the group will lose its party status – meaning no more public funds from the Assembly it wants to abolish. That might be quite a fitting demise…