This is the second time in just a month that a private company running probation services has hit crisis point. 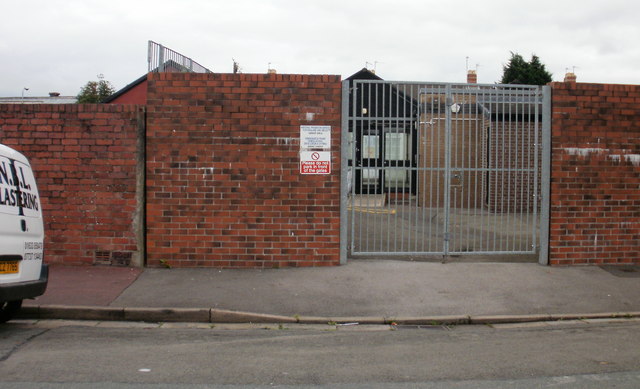 Pic: A probation centre in Newport.

Unions and campaigners have responded with a unanimous call to renationalise the failing probation service contracts, after Interserve collapsed into administration on Friday.

Interserve is set to go into administration after its largest shareholder, the US hedge fund Coltrane, opposed restructuring plans drawn up by the company’s lenders.

The outsourcing giant supervises 40,000 offenders on probation. It employs 45,000 people in the UK.

But the crisis is not just confined to probation services: the company also has contracts in the NHS – including ambulance preparation in London – and is responsible for live firing exercises in Ministry of Defence ranges.

It follows the collapse of Working Links – another probation service contractor – only last month.

The demise of both Interserve and Working Links means that eight out of 21 probation contracts have been put in jeopardy over the past month.

The GMB union has launched ‘Go Public‘ campaign which calls for an end to outsourcing and privatisation in UK public services, while We Own It are petitioning Justice Secretary David Gauke to take control.

“Ministers have learnt absolutely nothing from the Carillion fiasco and are hell-bent on outsourcing public sector contracts.”

“Shambolic mismanagement is putting jobs put on the line and services in jeopardy. Our public services can’t go on like this

“Coming just a year after Carillion’s collapse, the crisis at Interserve shows just how damaging government outsourcing can be. The fate of our public services is being put into the hands of irresponsible companies with shaky business models.

“This is the second time in just a month that a private company running probation services has hit crisis point, after the collapse of Working Links in February.

“Privatisation of probation has failed on all fronts – staff are overworked, reoffending is on the increase and our communities are getting less safe.

“We’re calling on Justice Secretary David Gauke to bring all probation contracts into public ownership before any more disasters happen.”

Unite, which represents over 1,700 Interserve workers and is the largest union at the company, is seeking an urgent meeting with the administrators Ernst and Young and expects to be fully consulted on any potential transfers to new companies.

Yet the government has largely rejected any proposals for reform and has continued as though it was ‘business as usual’, according to the union.

“The workforce are the innocent victims of the greed and incompetence of Interserve’s senior management, it should be the management who are fearful of their future and not the workers, who are blameless.

“Interserve’s management has portrayed this as business as normal but this is anything but normal. Workers are being asked to deliver vital public services without knowing who their employer will be and whether they will continue to have a job in the future.

“The government must step in and ensure that services continue and that workers are treated with dignity and respect. Once again we have seen the government’s outsourced model fail.”

Labour have branded the Interserve collapse a result of ‘crony capitalism’.

9 Responses to “Privatisation fail: 8 out of 21 probation contracts scuppered in just a month”