While the rich either abandon ship or grow richer, the rest of us are stuck with Brexit 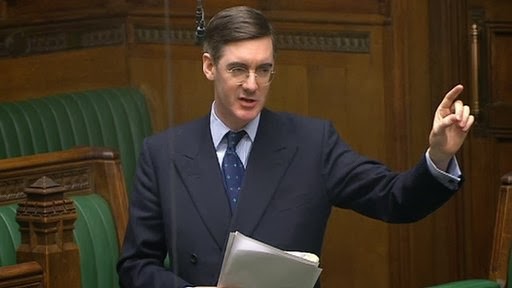 Brexit has cast a long shadow over the UK economy and there is little relief in sight. All economic forecasts show that whatever the outcome of Brexit, the UK economy will be significantly worse off.

People are concerned about jobs, wages and prices of essential items, but it is different story for those getting rich off Brexit.

He urged the government to leave the EU without a deal. As the date of the UK’s departure from the EU approached, he decided to shift his business headquarters from UK to Singapore, something which will have tax implications.

Britain’s richest man and chair of Ineos Sir Jim Ratcliffe was also a leading supporter of the Leave Campaign.

Later on he complained that a no deal Brexit would pose “significant risk” to business. He is leaving the UK to live in tax-free Monaco, which might save him around £4 billion in taxes.

Brexit uncertainties may accelerate business insolvencies, but other peoples’ pain is a source of profit for footloose finance capital.

Hedge funds and a variety of investment companies profit from uncertainty by placing clever bets on the movement of exchange rates, interest rates and commodity prices.

The EU referendum opened up more possibilities as the market dealers expected that the Leave scenario would result in a massive decline in the value of the pound relative to the US dollar and other major currencies.

On 23 June 2016, the morning of the date of the EU referendum, the pound traded at $1.50. By the close of the polling stations and early news of the result it crashed to $1.33, leaving some with huge profits.

His firm bet heavily on the decline in the value of the pound and is estimated to have made a profit of £300 million from the crash.

Crispin Odey is not alone and Brexit uncertainties have encouraged hedge funds to place further bets against sterling and the fortunes of UK companies.

Leading Brexiteer Jacob Rees-Mogg received a donation of £6,000 from Crsipin Odey to support his 2015 re-election campaign.

Rees-Mogg is an accomplished entrepreneur in his own right and a part of his business is conducted through Somerset Capital Management LLP (SCM LLP), a partnership providing investment advisory and management services to the rich.  SCM LLP has a complex structure.

Its partners include Rees-Mogg himself; Saliston Limited, a company wholly owned by Rees-Mogg; Somerset Capital Management Limited (SCM Ltd) with subsidiaries in Singapore and the Cayman Islands, and a number of other corporations and individuals.

Rees-Mogg is one of three ‘designated partners’ of SCM LLP i.e. has more responsibility for its affairs than other partners. The 2018 accounts of SCM LLP show “Members’ remuneration charged as expense” of £8.8 million (2017, £6 million). How much of that, if any, went to Mogg is not known.

The profit sharing arrangements amongst partners and Rees-Mogg’s share of profits is not publicly known.

Depending upon assumptions, a range of amounts can be estimated and earlier this week Channel 4’s The Dispatches programme put a figure of £7 million to JRM since 2016 which he refused to confirm or deny.

SCM LLP profits are made from investments in emerging markets, including Russia, South Korea, India, Peru and Saudi Arabia. The Daily Mail commented.

“Rees-Mogg takes a bulldog stance on the UK economy, pooh-poohing anyone who suggests it might suffer as a result of Brexit. How curious then, that the investment firm he set up has virtually no stake at all in British businesses”.

John Redwood MP is the chairman of the investment committee of Charles Stanley, an investment advisory company.

Redwood is also a member of the advisory board of EPIC Private Equity and receives £5,000 a year for working just three hours a quarter.

David Davis MP, a former Brexit Secretary, advises JCB for an annual sum of £60,000 for 20 hours work. He is also a board member of Mansfeider Kupfer Und Messing GMBH, a German manufacturing company, and will receive £36,000.

Boris Johnson MP, another leading Brexiteeer, is in demand on the corporate speaking circuit and does nicely. Recent fees include £94,500 from GoldenTree Asset Management; £28,900 from KNect365 and £51,000 from Dublin-based Pendulum Events & Training.

Brexit has further exposed the faultlines showing that ordinary people will bear the cost of economic turmoil whilst its leading proponents will continue to do nicely.

9 Responses to “Prem Sikka: The Brexiteers are getting rich off Brexit”