The pro-Brexit group failed to declare a £10,000 donation in kind from Arron Banks' Better for the Country Limited. 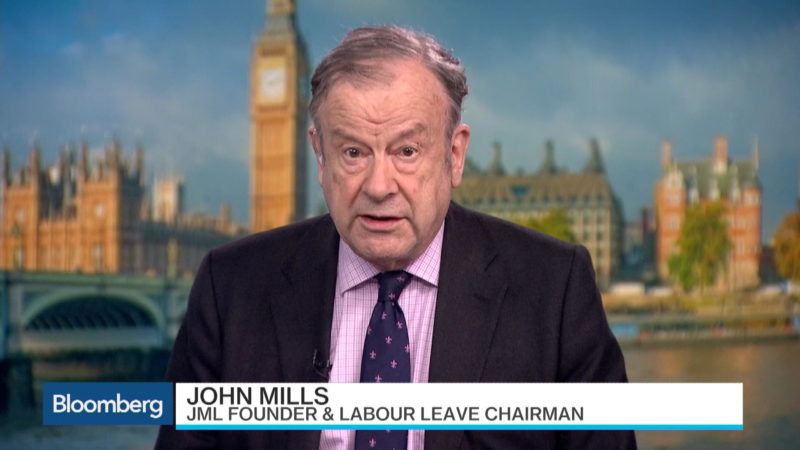 The leading pro-Brexit Labour campaign has been fined after failing to declare a donation from Arron Banks’ Better for the Country Limited during the EU referendum.

As Left Foot Forward reported in 2016, the organisation claimed on its website:

The claim is no longer on the site. The Electoral Commission has now fined Labour Leave after finding that the group failed to declare two donations, each worth £10,000. These were non-cash donations of office space and services (including PCs) by Better for the Country Limited and Labour Leave leader’s John Mills Limited.

Labour Leave was fined a total of £9,000 by the Commission for failing to properly declare donations before and after the referendum. Labour Leave say the lapses were due to ‘administrative errors’.

The donation from Better for the Country Limited is notable as Arron Banks is a Director of the company. Banks founded the controversial, unofficial Leave.EU campaign, and donated large sums to UKIP ahead of the 2016 referendum.

As the Guardian reported in February: “Leave.EU was fined £15,000 [by the Information Commissioner’s Office] for using Eldon Insurance customers’ details unlawfully to send almost 300,000 political marketing messages, and a further £45,000 for its part in sending an Eldon marketing campaign to political subscribers. Eldon was fined £60,000 for the latter violation.”

Banks and Better for the Country Limited are also currently under investigation by the National Crime Agency, after an Electoral Commission investigation published in November 2018 said it had ‘reasonable grounds’ to suspect that Mr Banks was not the ‘true source’ of £8m in loans made to Better for the Country, and that ‘a number of criminal offences may have been committed’ over the sourcing of £2.9m in referendum spending. Arron Banks has denied all wrongdoing.

The fine for Labour Leave follows revelations by LFF in 2016, when we highlighted that the supposedly member-funded group had received major donations from Conservative Party donors:

“The Electoral Commission …shows Labour Leave received £15,000 from Vote Leave in February [2016]. Labour Leave also received £50,000 from Jeremy Hosking, a donor to the Conservative Party who has to date given the Tories £569,100.

“Labour Leave represents almost no one at Labour’s grassroots, and appears to function entirely as a mouthpiece for the Tories’ Brexit agenda. Like other nominally labour movement based organisations campaigning for Leave – such as Trade Unionists Against the EU – it has in fact taken big money from a right-wing millionaires.

“The overwhelming majority of Labour members and voters are anti-Brexit and back a final say…attempts to astroturf the Labour Leave campaign at the grassroots have failed dismally.”

Labour MP Ben Bradshaw, who is on the Brexit select committee, said:

““Labour Leave and Arron Banks have further serious questions to answer over this. It makes the case for a UK style Mueller inquiry into what went on in the Leave campaign all the more compelling.”

A spokesperson for Labour Leave said:

“The Electoral Commission’s rules around reporting are long, complex, confusing and unclear. Mr. Mills had hoped that in their investigation the Electoral Commission would have given people the benefit of the doubt if they had shown they have gone to significant lengths to try to declare all details in the right way.

“Mr. Mills provided The Electoral Commission with comprehensive, unredacted, audited accounts, detailing all incoming and outgoings. It would be difficult to be more transparent than that.

“Labour Leave has accepted the result of the Electoral Commission, and paid the fine in full and before the payment deadline.”

Despite being an unofficial group, Labour Leave’s website uses the party logo. Amusingly, the organisation have a countdown of ‘9 days’ until Brexit – not so relevant now that Brexit is being delayed. Their fundraising page is currently not taking donations.

Update: An earlier version of this article said the donation from John Mills Limited was a cash donation. It was in fact a non-cash donation. We’re happy to correct the record.