He said his claims were backed up by polling. They aren't. 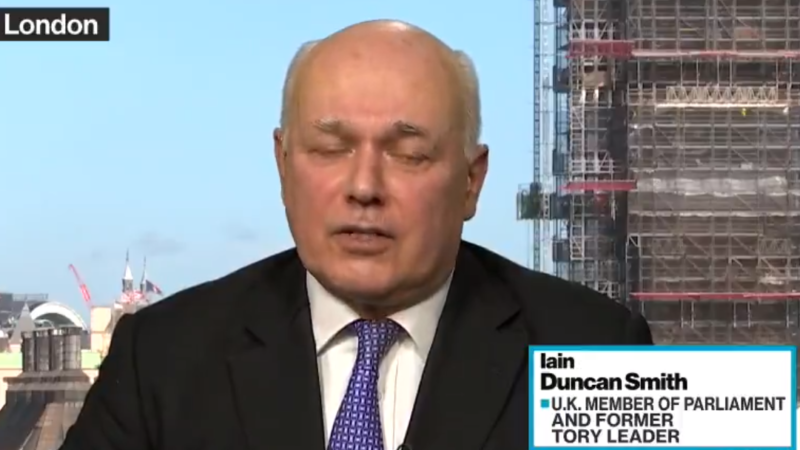 Former Tory leader Iain Duncan Smith has been called a “liar” after falsely claiming polls show that the “vast majority” of the UK public wants Brexit.

“In polling, it’s quite clear that the vast majority want to get out now even if they voted Remain, just get on with it.”

“The polling tells us categorically, and it’s the same in my constitency, which is the majority are happy to go out without a withdrawal agreement. That gets the highest score of the lot.”

YouGov asked over 1600 people about Brexit on February 22nd and 23rd.

They found that leaving without a deal was highly unpopular. Just 18% thought that would be a good outcome compared to 51% who said it would be a bad outcome.

While Duncan-Smith claimed “the vast majority want to get out now”, in reality just 43% told YouGov that having a second vote and remaining in the EU would be a bad outcome. Around 37% said it would be a good outcome.

On his claim that even Remainers want to leave, Duncan Smith was even more wrong. Just 12% of those who voted Remain think having a second vote and remaining would be a bad outcome.

Other polls have shown similar figures.

His claims were instantly criticsed by Remainers. Pimlico Plumbers chairman Charlie Mullins accused him of telling “porkie pies” while Alistair Campbell called him a “lying shit”.

Despite Smith’s claims being instantly criticised, his interview was tweeted by the official account of Arron Banks’s Leave.EU campaign.