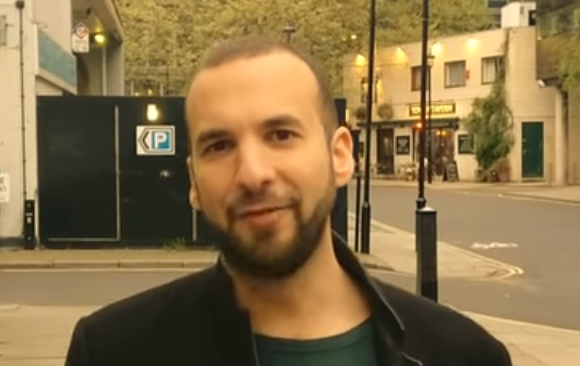 A Green candidate for the London Assembly did not tell the party about a Sun article which claimed he could teach women to make their breasts bigger through hypnosis.

Zack Polanski has recently been elected by party members as the third candidate on the Green Party’s list for the 2020 London Assembly elections.

In 2013, a Sun article portrayed Polanski as a hypnotist who could teach women to increase the size of their breasts through hypnosis. He charged £220 for a 90-minute session, the article said.

All candidates were required to fill in a disclosure telling the party about anything which could prove embarrassing during the campaign.

According to a party spokesperson, Polanski did not mention this article in his declaration and, now they were aware of it, no further action is being taken.

When asked about this article, Polanski told Left Foot Forward: “I apologise unreservedly for any offence or concern raised by the misleading way in which the Sun article has presented the work I do with people on body image. The service highlighted is not a service I ever have or would offer outside of the context of this article.”

When asked for more details of how the Sun article was misleading and whether he had complained, Polanski said: “I went on BBC Radio on the Peter Levy Show the same week, on the 18th June 2013 to correct any misperceptions there might have been about the contents of the article”.

Left Foot Forward was unable to verify this as the episode is no longer available.

In 2016, he tried to become the Liberal Democrat candidate for the Richmond Park seat in Parliament but he was not shortlisted.

In July 2016, he wrote a blog criticising the local party’s decision not to shortlist him.

In October 2016, after Sarah Olney was selected, he left a comment on LibDemVoice again criticising the decision to “block” his candidacy.

According to one senior member of the London Green Party: “He quit the Lib Dems in a strop when they wouldn’t let him run in Richmond Park”.

Polanski disputes this. He claims he left the Liberal Democrats and joined the Greens in 2016 because “he was deeply unhappy with the [Liberal Democrat] party’s support of air strikes in Syria”.

While some Liberal Democrat MPs rebelled, the party’s leadership supported air strikes on Syria in parliament in 2013 and 2015.

Polanski said he chose the Greens “after seeing the party delivering real change in London, and being convinced its vision to meet everyone’s needs within the limits of the planet is the only way to build a society in which we can all thrive.”

“I am delighted to have been selected by the Green Party as a candidate for the London Assembly elections,” he added.

Left Foot Forward spoke to two senior Green Party members in London about Polanski. Both accused him of being a careerist and said the Sun article was “embarrassing”. According to one:

“He did a Lib Dem conference speech celebrating the party and saying how bright their future is. Very shortly after, he joined the Greens and seems to have been working very hard ever since to position himself as a Green assembly candidate.”

“He strikes me as untrustworthy. A total chancer who seems to have been able to cast a spell over people with totally empty rhetoric.”

The other source said: “If he’s defending how great the Lib Dems were in 2016 I don’t trust his politics.”

Since joining the Greens, Polanski has twice urged twitter users to vote for either the Greens or the Liberal Democrats rather than Labour. He did so in August 2018 and December 2018.

The Greens currently have two London Assembly members, Sian Berry and Caroline Russell, who are also their top two candidates in the 2020 election.

Polanski also put himself forward to be the Green Party’s London Mayoral candidate but was defeated by Sian Berry.

He is also the Green parliamentary candidate for the Cities of London and Westminster constituency.

Update: This article was changed after Zack Polanski said the Green Party’s original statement had contained an error. He said he joined the Greens in 2017, not 2016, as originally stated by the Green Party. The article also changed to include Polanski’s claim that he went on the BBC to correct the Sun article. Previously, the article said he had not replied.