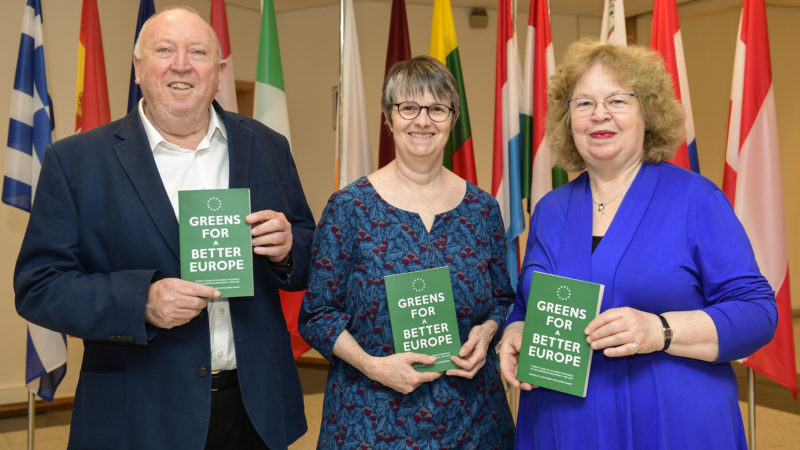 “Tomorrow  belongs to those who can hear it coming.” When I first heard those immortal words from David Bowie as a scruffy youth, I had no idea they would become the manifesto of my life.

My political career began, unbeknown to me then, at the age of 17 when I booked the world’s biggest rock icon for a festival in Essex. Born in Southend-on-Sea and not enjoying school, I immersed myself in the local music scene.

In 1970, I had the chance to see the ‘debut’ gig of an upcoming artist called David Bowie at the Fickle Pickle club at the Cricketers Inn. I knew then I was witnessing the birth of something radical, and I wanted to be a part of it.

Never one to let the grass grow under my feet, I approached a by now very sweaty Bowie and asked if he would perform at a festival I was helping organise in aid of Shelter.

It was his wife, Angie, who agreed. I was stunned – but Bowie kept his word. A few weeks later, on my birthday, and dressed in a beautiful white kaftan Bowie pulled into the festival in his campervan.

On stage, he captivated the crowd. As I watched, I knew whatever I did with the rest of my life, it had to be on the radical cutting edge of a movement. But it would be almost 30 years before I found that place in the Green Party.

My introduction to the Green Party had less sparkle than the Bowie encounter. I became involved in a fight against Brighton and Hove Council’s plans to build a huge Sainsbury’s next to the train station, and the community victory gave me my first taste of what it’s like to make a tangible difference to people’s lives.

I had always known decisions were made by a small number of powerful elite, often against the interests of everyone else. But now I also knew I could be part of the resistance. I was hooked. I was elected as a Green councillor shortly after and became an MEP ten years later.

Of course, the Green Party isn’t the most obvious route to political office – but for those who care about the truth, it’s the only one.

No other party is answering the great questions of our time, whether it’s Brexit, the housing crisis or the ever-growing threat of climate change.

Because no one else is willing to speak truth to power by challenging the vested interests which run the political establishment – be that in Westminster or Brussels.

Green MEPs have consistently used our positions to push Europe to be better and to hold those in power to account. We may be relatively few in number (we sit in a Greens/EFA group of just over 50 MEPs), but we have proven that just having Greens at the table can change everything.

One of my proudest achievements is helping not just craft EU air pollution laws but also get the issue on the agenda in the first place and build the political will to take action.

EU air quality laws have since been instrumental in seeing the UK Government dragged through the courts no fewer than three times over its failure to get a grip of our toxic air.

Meanwhile, it was my brilliant colleague Molly Scott Cato who first exposed the fact the UK Government was hiding the results of its Brexit impact studies.

Thanks to her hard work, the British people are a little closer to knowing just how damaging the Government really thinks Brexit is going to be.

One of the most potentially devastating impacts of Brexit is the looming loss of hard-won rights secured in EU law – like the basic workers’ rights we now take for granted and which my colleague Jean Lambert has worked tirelessly to improve and defend.

But we know too that the fight for a better Europe and a better Britain does not only take place in the chambers of power but on the streets.

Green politicians are different because we are not afraid to put our bodies where our beliefs are – and we will always support those taking direct action when it is right.

Even if that means arrest – as it did for Caroline Lucas in Balcombe and Molly Scott Catoon a runway in Belgium just last month. I also came very close to being arrested for supporting campaigners at a fracking demo in North Yorkshire.

We are facing an uncertain future. With Brexit looming, Green MEPs Molly, Jean and I do not know where we will be this time next month. But our Green hearts will never change. Whatever happens next we will always remain internationalist and fight for a greener Europe and Britain.

To paraphrase David Bowie: “We don’t know where we’re going from here, but we promise it won’t be boring.”