On Monday, Israeli forces began dropping bombs in the Gaza strip, in response to a rocket. Labour activists are organising for Palestine. 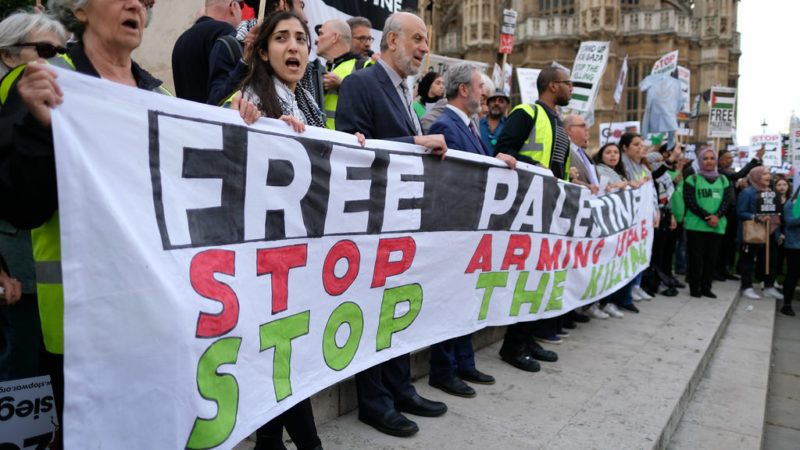 A new network has been launched in Labour, with a founding statement that we need to ‘speak up for Palestine’.

Labour and Palestine’s purpose is to build solid support for Palestine across the Labour Party and the trade union movement and support Labour’s commitment to immediate recognition of the state of Palestine, and an end to the blockade, occupation and settlements.

The response so far has been very encouraging. The launch statement already has the support of a number of Labour’s trade union affiliates including Unite, Unison, Aslef, TSSA and NUM and over 2,000 Labour Party members. MPs have alsotweeted messages of support.

The launch of Labour and Palestine follows on from the Labour Party Conference in 2018, at which we identified both the urgent need not only for increased solidarity with the Palestinian people – whose basic rights have faced renewed attack from both the government of Israel and the Trump administration in recent times –  but also for reliable and accurate information and sources on the latest developments for Labour members to use in raising the issue.

As well as the policy passed at Labour Conference, the Trades Union Congress also passed important motions in solidarity with Palestine.

In these wide-ranging motions, which showed the level of support that exists for the cause of justice, a number of key points were made.

The Labour Conference motion condemned the heavy repression by the Israeli government against “thousands of Palestinians [who] have engaged in mass and overwhelmingly non-violent protests in the Gaza Strip.” In light of this, Labour called for “an independent international investigation into Israel’s use of force against Palestinian demonstrators; a freeze of UK Government arms sales to Israel; and an immediate unconditional end to the illegal blockade and closure of Gaza.”

The Labour Conference also recognised “Britain’s direct role in the terrible fate of the Palestinian people, who still seek their internationally protected rights to self-determination, and to return,” and linked this to the Trump administration’s confirmation of funding cuts to the United Nations Works and Relief Agency (UNWRA.)

The TUC Congress motion meanwhile “condemned the 24th August 2018 decision by the Trump Administration to cut $300 million from the aid budget to UNWRA which is responsible for 5.4 million Palestinian refugees,” adding that this would “result in threats to the education of over 526,000 Palestinian children and the jobs of 22,000 teachers.”

As both Labour Conference and the TUC identified, Labour must now speak up for the rights of the Palestinian people and against these attacks, including by shaping and backing a detailed and progressive approach from Labour on the issue.

The group’s launch statement calls for “an ethical foreign policy for Labour [which] must have securing freedom, justice and equality for the people of Palestine as a priority issue.” It goes on to say that “an ethical policy must recognise that there can be no end to the oppression of Palestinian people whilst there is a continuation of the occupation of East Jerusalem, Gaza and the West Bank, the denial of full equality to all Palestinians – including those who are citizens of Israel and a failure to recognise the rights of Palestinian refugees.”

The Labour and Palestine group will provide reliable information, resources and model motions for use in local Labour Parties. Moving towards a Jeremy Corbyn-led Labour government, with a genuine ethical foreign policy at its heart, the focus will be on how Labour Party members can harness the support there is for Palestine within the party.

Tony Burke is Assistant General Secretary of Unite and a Contributing Editor of Left Foot Forward.

Note: UK-based organisations campaigning on Palestinian rights have responded to Israel’s latest bombing of the Gaza strip by calling a national day of action for Palestine on Saturday 30th March.

4 Responses to “As the bombs drop on Gaza again, a new group is standing up for Palestine”