It's not the first time she's been criticised for bizarre outbursts... 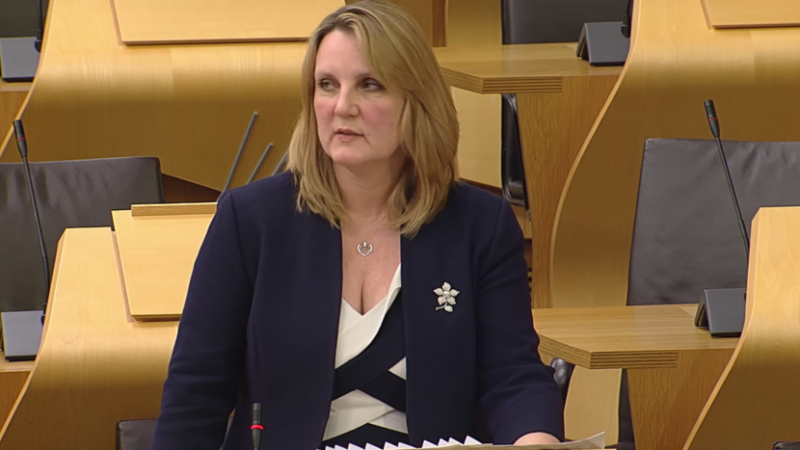 The Scottish Conservatives’ welfare spokesperson Michelle Ballantyne has denied that the Bedroom Tax exists – just the latest in a number of gaffes by the MSP.

During a meeting of Holyrood’s Social Security Committee, Michelle Ballantyne claimed that “there’s no such thing as a Bedroom Tax” – despite the policy affecting 80,000 Scots and driving many into poverty.

The MSP made the comment when asked whether the Tories would retain the hated Bedroom Tax if they won power in Scotland.

The SNP has called for Michelle Ballantyne to apologise for these remarks, with First Minister Nicola Sturgeon branding the comments ‘appalling’.

The Bedroom Tax is the UK government’s policy of cutting housing benefit if someone in social housing has a spare bedroom.

A study in the Journal of Public Health in 2015 found that the policy has increased poverty and had broad-ranging adverse effects on health, well-being and social relationships, while other analyses revealed that the policy pushed thousands into rent arrears. The policy affects around 660,000 people.

The Tory MSP has form on comment like this, after being widely condemned last year after declaring that the two child welfare cap is fair as “people on benefits cannot have as many children as they like” – and refusing to apologise.

The MSP has also denied the evidence that Tory welfare cuts have caused the surge in foodbank demand, a fact that has since been admitted by DWP boss Amber Rudd.

Fellow Tory MSP Brian Whittle also recently made the claim that the ‘rape clause’ does not exist.

The Scottish Government has implemented £61m of funding through Discretionary Housing Payments (DHP) to minimise the effect of the bedroom tax, claiming the policy puts people at risk of rent arrears and homelessness.

“It is completely unbelievable that Michelle Ballantyne would deny reality like this – the Tory mask has well and truly slipped.

“These comments were outrageous, and her disregard for the real-life consequences of the hated ‘bedroom tax’ cannot be ignored. If Ms Ballantyne won’t apologise, [Scottish Tory leader] Jackson Carlaw must take action…

“If Michelle Ballantyne is who Jackson Carlaw believes should be running the Scottish Social Security System then that speaks absolute volumes about the Scottish Tories.”