Begum was born, bred and radicalised in the UK. Javid will not succeed in stripping away her citizenship, argue two immigration lawyers. 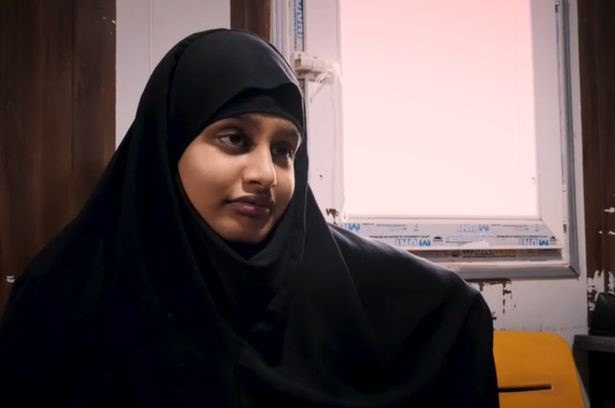 The legal basis for depriving Shamima Begum of her UK citizenship is found in the Immigration Act 2014. Firstly, the Secretary of State must determine that in his opinion the person has behaved in a way which justifies them being stripped of their British citizenship; secondly, he must be sure that they will not be rendered Stateless – that is, they must hold dual nationality.

If the laws of Bangladesh are as strict as those in the UK, original documents, such as birth certificates and passports for both herself and her parents, could be asked for. They could even go as far as demanding a DNA test, a process all too familiar to those in the UK who have applied for British passports for their foreign-born children.

If Bangladesh succeed in denying Shamima Begum a passport then Sajid Javid’s attempts to cancel her citizenship will automatically fail.

There is also the very obvious issue of Shamima Begum’s current location. She is not living in a modern city, with easy access to public transport or consular buildings. She is living in a refugee camp, with the bare minimum essentials for survival, and her only communication with the outside world thus far has been via a handful of journalists.

Shamima’s newborn son – a British citizen by descent and innocent of any crime – must also surely be considered.  It is hard to see how Shamima’s son will be able to benefit from a UK future without having to give up any relationship with his mother. Once within UK jurisdiction he would have access to lawyers who could invoke a whole array of laws which seek to protect the best interests of the child. However again, this will be hard to access from a refugee camp.

Whatever crimes she has committed, Shamima Begum is a British citizen, culturally and by birth. Sajid Javid may feel as though he has triumphantly fulfilled the wishes of the British public by denying her the right to return to the UK.

But offloading offenders onto another country and deeming them to no longer be our problem is a practice the UK has not undertaken for around 100 years and would most likely tumble in front of a well organised legal challenge. The Bangladeshi Government played no part in educating Shamima Begum and the people of that country played no part in her upbringing or her development, so it would not make legal sense for them to take responsibility for her.

Regardless, Shamima’s interview from within the refugee camp, dismantled by the press into juicy soundbites, has provided the backdrop to her trial by social media.

The laws regarding British nationality are hugely complex. This is an area of immigration that has gone through many changes over the years, mostly due to the high levels of discrimination that previously went unnoticed and unchallenged.

Previously, a child had no claim to a British passport if only his mother was British: women were not allowed to pass on their citizenship. And a child born out of wedlock to a British father could previously only apply to register up until the age of 18 – after which they would have just been considered unlucky. These are rules that have only been amended in the last five years.

Shamima Begum’s situation is one that currently falls under a still existent discriminatory rule, as it is only people who have foreign-born parents who can have their citizenship taken away from them. If a white British Islamic convert with British parents were to commit the same crime and then decided to return, yes, they would face punishment – but their re-entry to the UK could not be denied, and it is unlikely it would be lobbied for or discussed at length in various news outlets.

Shamima was born, bred and radicalised in the UK. She is surely a symptom of a home-grown problem. Her innocent baby must also be considered.

The law, as it is, provides for two different types of citizenship – one which is immutable, and one which can be stripped away. The discriminatory effect of it is chilling.

One Response to “Immigration lawyers: Attempts to strip Shamima Begum of citizenship are likely to be illegal”