Racial profiling on buses between Belfast and Dublin is common 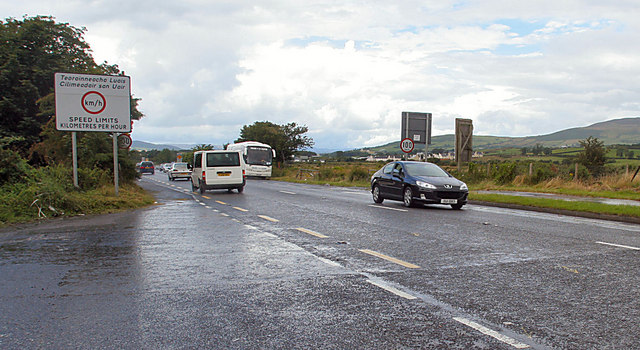 The Westminster cronies are continuing to play pingpong with the Irish border issue, yet the reality for many here is that a hard border already exists.

Every day In Ireland, people crossing the border on buses, cars, planes and trains are targeted because of the colour of their skin.

Border forces in the North and the Republic are using racial profiling to target migrants, refugees and asylum seekers, and hand them over to immigration authorities for indefinite detention and potential deportation, without a trial and little access to legal support.

The UK’s 1971 Immigration Act prohibits passport controls within the Common Travel Area (CTA) between the Republic and Northern Ireland.

However, every day checks are being carried out on buses between Belfast and Dublin which target people on the basis of skin colour (and other ethnic indicators).

None were detained for counter terrorism purposes, they were handed over to immigration authorities : thereby using misusing terrorism laws as immigration checks.

Racial profiling in the Common Travel Area is set to intensify with Brexit. The UK Government’s new Counter Terrorism and Security Bill will extend the Home Office’s power to deny human rights under the pretence of protecting the state. Handing people over to immigration authorities often ends in people being remanded in detention.

Larne House is a ‘short-term holding centre’ run by a private security company Mitie. People are detained for a maximum of seven days before being transferred to another Immigration Removal Centre (IRC) in Scotland or England.

When someone is moved from Larne House to an IRC elsewhere in the UK, it is very expensive for their family, living in the Republic or Northern Ireland, to visit the person held. Often, on release these people travel back to Ireland.

People can be held in the UK’s IRCs for an unlimited amount of time. The UK is the only European Union country with indefinite detention. People do not know how long they will be detained for or what will happen afterwards. People including mothers and children (and even a baby) are detained for up to two years.

Why Deportations are wrong

One Response to “For people of colour, a hard Irish border already exists and Brexit will make it worse”